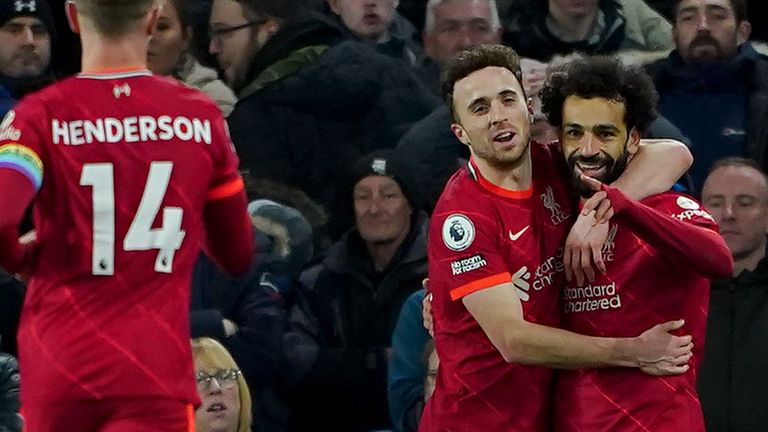 With Everton having taken four points off the then-reigning Premier League champions last term, and inflicted a season-altering injury to talisman Virgil van Dijk on Liverpool's last trip across Stanley Park, the visitors used the 239th meeting with their rivals to ruthlessly exorcise some demons.

Captain Jordan Henderson curled Liverpool into the lead (9) before Salah put the visitors two up inside 19 minutes at a stunned Goodison, where a number of the home faithful sought an early exit.

Those who had left early missed Everton grab a lifeline before the break through Demarai Gray (38), but it failed to inspire a second-half Toffees comeback as Salah punished Seamus Coleman's error to double his tally (64), before Diogo Jota's stunning fourth (79) wrapped up a comfortable Liverpool victory.

The victory sees Jurgen Klopp's side keep pace with Chelsea and Manchester City at the top of the Premier League, while Everton remain in 14th, without a win in eighth and with the pressure increasing even more on manager Rafa Benitez.

Everton now host Arsenal on Monday Night Football at 8pm, live on Sky Sports Premier League, while Liverpool are at Wolves at 3pm on Saturday.