Everton 1-4 Liverpool: Reds triumph with derby thrashing
This Is Anfield 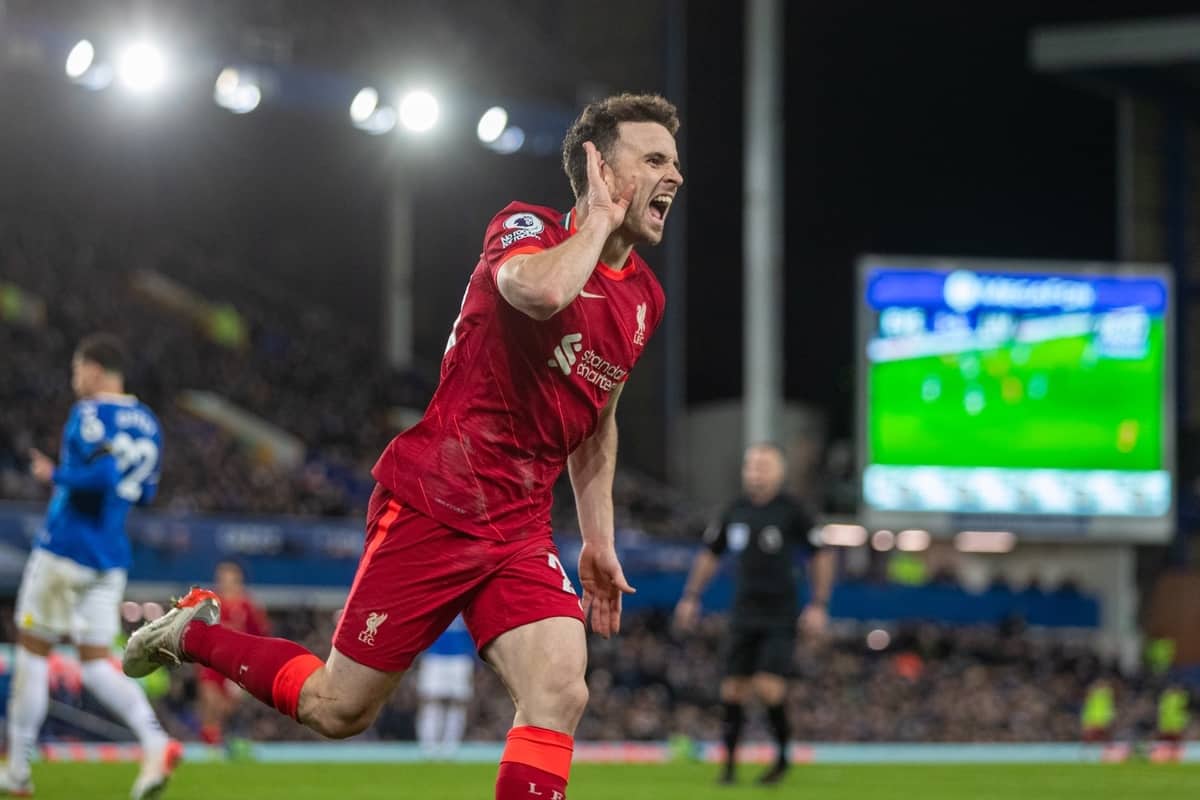 Liverpool were deserved victors as they sealed their first win in five visits to Goodison Park and the biggest there since 1982, by thrashing Everton 4-1.

True to their buildup as favourites, Liverpool began with a relentless confidence at Goodison, and arguably should have been a goal up within the first five minutes, with Jordan Pickford making a strong save to deny Mohamed Salah.

It didn’t take long for the Reds to break the deadlock, though, and it came through a smart move started and finished by Jordan Henderson, who finished brilliantly with his left from Andy Robertson‘s cutback.

If Henderson’s finish was superb, his pass for Liverpool’s second – coming 10 minutes later – was even better, bending it perfectly for the onrushing Salah, who beat Lucas Digne for pace and bent it into the far corner beyond Pickford.

As Jurgen Klopp feared, there were some harsh tackles throughout the pitch, with Diogo Jota adamant Allan should have been sent off for a strong challenge, while Everton were not out of it as Demarai Gray netted in the 38th minute.

The captain was inspired throughout the first half, and he nearly crafted another before the break after a swift interchange with Salah that saw him lift it up for Sadio Mane, whose header was blocked.

Neither side began the second half with the same verve as the first, with the highlight of the opening quarter of an hour being Virgil van Dijk stepping up to take a direct free-kick, though his effort was poor and into the wall.

Liverpool’s third goal of the night was crafted by the poor players at Rafa Benitez’s disposal, with Gray’s overhit backpass touched into trouble by Seamus Coleman, allowing Salah to run the length of the half and finish for 3-1.

A red flare was hurled onto the pitch and all was right with the world, as Salah bumped chests with Van Dijk, the travelling Kop roaring them on in the background.

There was still time for more flourishes of magic, though, and a fourth of the night came for Liverpool as the brilliant Andy Robertson surged forward and played it to Jota, whose deft flick bought space for him to power the ball into the roof of the net.

Rafa’s name rang out from the away end, while the home stands began to empty with 10 minutes left to play. Could it get much better than that?