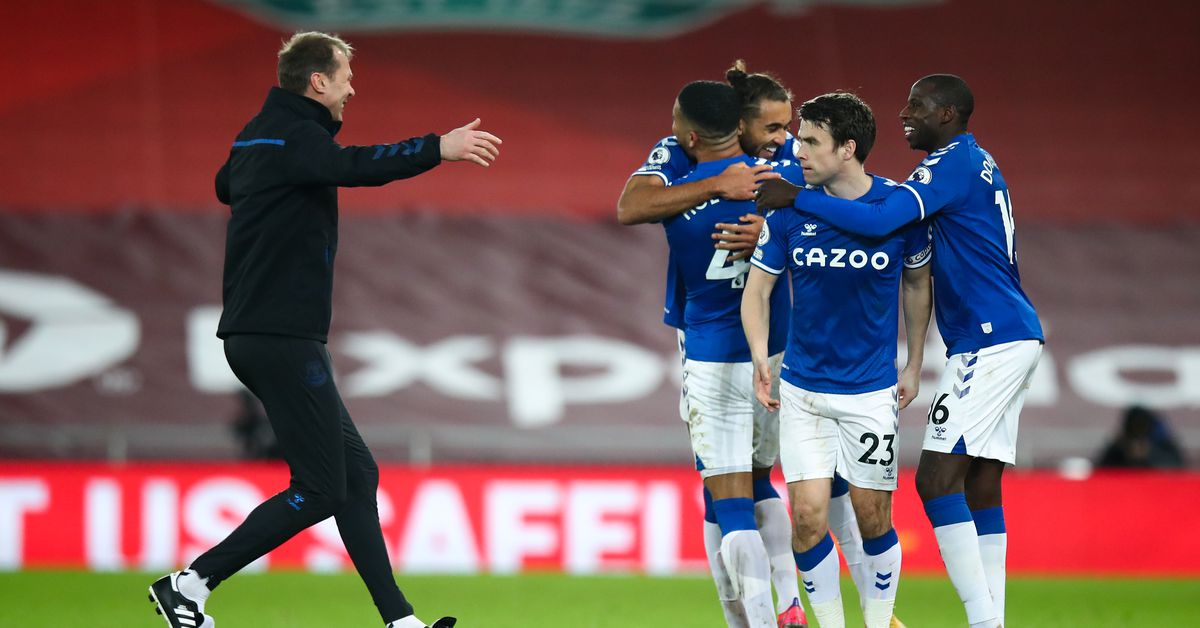 The first game every fan from the Merseyside area looks for when the fixtures are released is upon us and Everton go into the game at home to their rivals as heavy underdogs. With Everton having no win in over two months and free scoring Liverpool sitting two points off the top, it all points to a difficult afternoon for Rafa Benitez’s men.

Liverpool sit in third position and could potentially be top of the table if results go their way during this rare midweek round of fixtures, while Everton could see themselves drop as low as 16th after free falling down the table in the last few months.

Despite having a ludicrous xG of 34.4 this season, Liverpool are still outperforming this statistic. They’ve managed 39 goals so far which averages at exactly three per game. This puts them at the top of the table for both xG and goals scored with plenty of breathing room below them also.

The Reds will setup in their regular 4-3-3 formation with two inverted forwards, likely Sadio Mane and Mohamed Salah and a false 9 in Diogo Jota. Jurgen Klopp’s men are a high pressing, possession-based side, topping the table for pressures applied in the final third of the pitch and only beaten by Manchester City on possession percentage this season.

Despite Liverpool’s possession and attacking quality, they certainly don’t shy away from getting the ball delivered into the box from wide and deep areas. In fact, once again, only Manchester City has attempted more crosses than them this season. More often than not this will come from full back Trent Alexander-Arnold who has put in more crosses than any other player this season despite missing a couple of games.

This is something Everton will have to try and nullify as he is often very effective with this, totting up seven assists already this year and also leading the league with 3.3 key passes per game. It’s very difficult to stop as if he is anywhere in the opposition half, he’s capable of a delivery. The worry with this Liverpool side is if you press their fullbacks high to eliminate a crossing opportunity, they will beat the press with quick one-twos into their wide players who drop into the half spaces and this creates more space to deliver a cross and will inevitably drag our players out of position.

It is absolutely vital that Everton approach this game looking to match Liverpool in terms of their shape. Too often this season we’ve been outnumbered in midfield and with Abdoulaye Doucoure back and Fabian Delph showing some improved form, there’s no reason not to pack the midfield out this week. With Liverpool playing a three in midfield and a false nine type forward dropping in between the lines, this allows them to overload certain areas. One of the wider central midfielders can cover the space left by their attacking full backs whilst the false nine drops into a more “number ten” position.

If we setup with Delph holding and protecting the back four, this will allow him to cover the space Diogo Jota will look to get into, in between the defensive and midfield line. In a more positive sense, this will allow us to play a bit more possession-based football. Although a midfield two of Allan and Doucoure works well, neither of them like to drop deep and dictate a game. Having someone like Fabian Delph in there allows us to play out from the back and creates a link between the defence and the forwards.

Due to the strength of this Liverpool side in a lot of areas, it’s difficult to pinpoint a weakness in which we can aim to exploit on Wednesday. One area they have shown slight vulnerability recently is applying pressure to their goalkeeper Alisson. Although a fantastic keeper, due to Liverpool’s dominance in games he will often go through matches being untested and get a free pass due to not being very busy. In their recent loss against West Ham, he showed signs of weaknesses when defending balls into the box.

Without the threat of Yerry Mina and Dominic Calvert-Lewin in the air we haven’t looked very threatening from set pieces but if we do get the odd opportunity, it would be a good idea to try crowd out the six-yard box and make it as difficult as possible for the Brazilian goalkeeper. Like I said, it’s difficult to find a weakness or an area to target but I do feel if we’re going to come away with anything from the game, it will be from a scrappy set piece. Even if it rebounds off six players and trickles over the line, I’ll be happy.

Unfortunately, Yerry Mina has been ruled out injured and with Mason Holgate suspended and no real cover at either full back position, the back four plus the goalkeeper simply picks itself. The midfield has to be a three man operation as with our lack of possession this season, having a number ten or two up front against a side as strong as Liverpool is going to a lot less effective.

I’d love to see Anthony Gordon get another go. He may be raw and far from the finished product but what I’ve seen from him so far in terms of determination, work rate and passion is enough for me to want him to keep his place, especially in a passionate affair like the Derby. Despite having his best game in an Everton shirt recently, it would be very disappointing to see Salomon Rondon keep his place. With his poor work rate and fitness, off the ball we will struggle with him attempting to press the opposition.

I’m not going into this game with too much optimism. I expect Goodison Park to turn extremely toxic if things don’t go so well and if I’m brutally honest, Rafa Benitez will be under a lot of pressure if he fails to deliver in this one. The Merseyside Derby is a game that every single Evertonian demands passion, grit and desire which we’ve so often lacked this year. If the players can’t show this on the pitch, it could turn very, very sour.