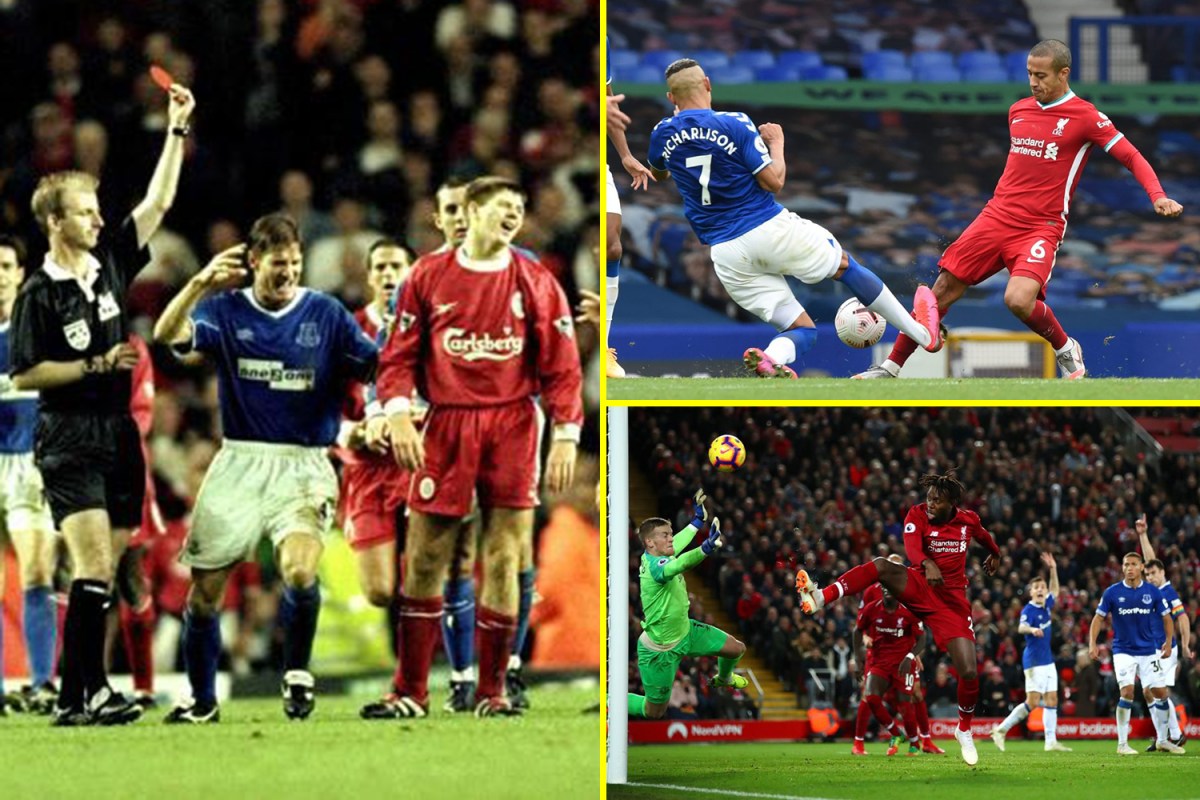 Everton vs Liverpool is occasionally referred to as ‘the friendly derby’ due to the supporters’ relationships, but the term has now become an ironic throwback thanks to on-field tensions.

Last season, both games in the Merseyside derby took place behind closed doors, but you’d have hardly noticed with the fireworks that took place, confirming the theory that the real hate exists between the players.

Everton came away with the upper hand in both fixtures, saved from last-gasp defeat by VAR in the home game, before securing their first win at Anfield since 1999.

From the highs of a comprehensive 2-0 Anfield win under Carlo Ancelotti last October, Everton fans may end up watching the upcoming clash at Goodison Park through their fingers when they look at the form table, and the touchline.

BETTING SPECIAL – Get Mo Salah, Sadio Mane and Diogo Jota all to score at 7/1

Former Champions League and FA Cup winning Liverpool manager Rafael Benitez made the shock move to Everton during the summer, and despite a fine start, things have quickly unravelled.

The injury-hit Toffees are winless in their last seven, racking up five defeats, while Liverpool are on the verge of a top flight record for consecutive games scoring two or more goals, and could take the honour in their 18th straight match.

Liverpool are in unstoppable goal scoring form at the moment

Benitez will need every single bit of passion and hate drawn out of his Everton side if he’s to stop the rot and silence Jurgen Klopp, and as history shows, anything can happen in this fixture.

talkSPORT has a rundown of what you should be looking out for in one of the game’s greatest rivalries.

Not just one of the most bizarre Merseyside derby moments, but also one of the strangest goals in league history occurred in 2018 when Liverpool were gunning for the title.

A late and wayward hoof towards the goal from Virgil van Dijk looked to be game over, but instead the ball bounced off the crossbar before falling to a grateful Divock Origi, leaving Jordan Pickford red faced.

Two years on Liverpool fans were left livid when Pickford was again in the headlines, rushing out to clatterVvan Dijk, taking the defender out for the season.

Origi’s winner will go down in folklore, and the clutch striker is the fixture’s highest scorer among active players