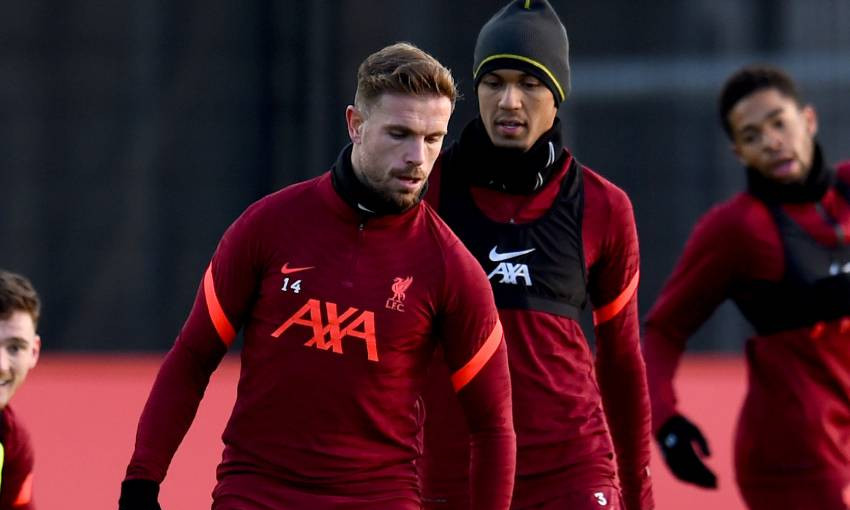 Liverpool have no fresh injuries to contend with ahead of the 239th Merseyside derby with Everton.

Jürgen Klopp reported a clean bill of health for those players involved in the weekend’s victory over Southampton at Anfield.

Joe Gomez (calf) and Naby Keita (hamstring) are close to returning to training but will remain sidelined for the 8.15pm GMT kick-off at Goodison Park.

Roberto Firmino (hamstring) and Curtis Jones (eye) are also ruled out of the encounter with the Reds' local rival.

“Joe is in a really good moment," Klopp told Liverpoolfc.com at the AXA Training Centre. "He is doing really well, he is doing a lot of stuff outside, so hopefully next week he can be in training.

“I hope the same for Naby, pretty much – that he will be in training next week as well, but there's no news.”

He continued: “There’s no real update [on Curtis], so we have to wait.

“Bobby is good but he is still a couple of weeks away from being fully back, but he is doing pretty much everything. Just with the extent of the injury we have to be careful, but it’s all fine.”

They are, however, boosted by the return of Andre Gomes to training.

Defender Mason Holgate is suspended for the contest following his red card against Tottenham Hotspur earlier this month.

"The group of players are the same but Andre Gomes is training," Blues boss Rafael Benitez said at his pre-match press conference.

"Dominic, Yerry Mina and Davies are not available but at least we have players training regularly and that is a great advantage for the future."