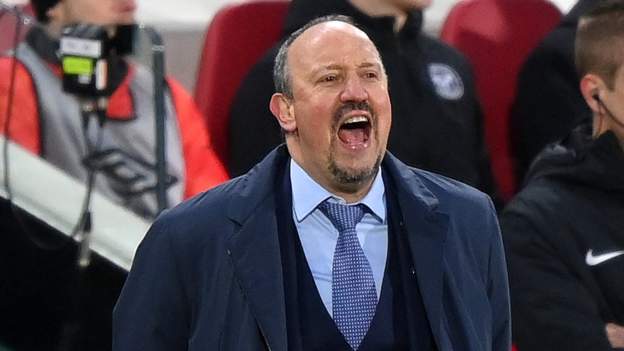 The Toffees have taken two points from their past seven Premier League games, seeing them slip to 14th in the table.

Benitez managed Newcastle and Chelsea against his old club Liverpool but his first derby at Everton "is different".

"It's important to bring back the confidence and use an opportunity to change things for the rest of the season," said the Spaniard.

"It's a massive game for us - the derby is always an opportunity to put things right.

"A derby is always special in every country but I live in the city so the passion is massive and really important for everyone. That's why I want to win and do well."

The Toffees have not finished in the top seven since 2016-17, while Liverpool have been in the top three the past three seasons. The Reds won their first Premier League title in 2019-20, and have lost just once in all competitions this term.

Everton fans voiced their displeasure after Sunday's 1-0 defeat at Brentford, but Benitez has called on them to get behind his team at Goodison Park.

"As a manager you want to win and do well," he added. "It's a challenge for me and I can understand the frustration from fans. It's been some years we are not improving.

"I think the fans are intelligent and know we need them. It's a derby, I'm sure they will be behind the team.

"You can complain when players are not playing well or tactics are not working, but at the same time they cannot complain about the effort."