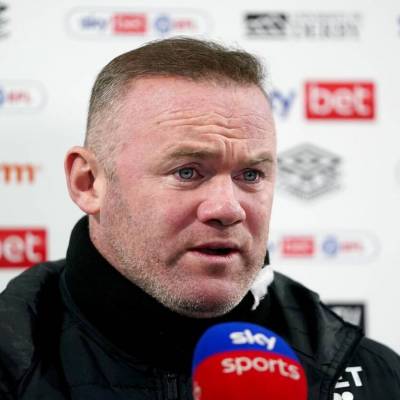 Wayne Rooney felt Derby County were not quite on their game as they tasted a late 2-1 defeat against Queens Park Rangers on Monday night.

The visitors scored in the final minute of normal time to pick up all three points in the Sky Bet Championship’s final game of the weekend under the Pride Park Stadium floodlights.

No further goals followed in a keenly contested opening 45 minutes at Pride Park Stadium, but Rangers hit back to equalise early in the second half through Chris Willock as he volleyed home from Charlie Austin’s deep cross to the far post.

Lawrence lashed an effort wide soon afterwards for Derby while Ilias Chair wasted a good opportunity for the visitors with around 20 minutes remaining by heading over from close range.

Rangers grabbed what turned out to be the winner with seconds remaining as substitute Andre Gray fired a shot in on the turn beyond Kelle Roos in the Derby goal.

Rooney felt his side got what they deserved following their performance over the course of the 90 minutes as they were beaten on home turf for just the second time this term.

Speaking to RamsTV following the final whistle, Rooney said: “I felt that we were sloppy tonight and I think it was a fair result.

“We started really well, were on the front foot and got a great goal and from then we didn’t get the press right.

“We pressed too high and I wanted us to come back and press forwards, but we were too high which meant the gaps were too big from the front line to the back four and it made it difficult for our midfield players to get pressure on the ball.

“I felt we didn’t deserve anything out of the game tonight. I think that may be down to a lack of concentration and taking care of the value of the ball because the players were trying to do the right things but one too many players were sloppy tonight.”

He added: “I felt tonight was a game we could win, so it’s disappointing when you lose.

Lawrence’s early goal got Derby off to the perfect start and Rooney believes the Welshman’s goal was a perfect example of what his side can do what they’re on their game.

Rooney said: “That was a goal we worked on in training and that’s an example of what we can do when we get it right.

“We want the midfield players to be aggressive and win the ball back and when we do that, we run forward quickly off the ball; so it was a great team goal.

“That said, it’s little details that we have to be better at. There was no lack of effort from the lads, we gave everything but you could see their goal was coming. The warning signs were there and I said to the players at half time that we needed to wake up and take care of the ball, press better without the ball and we didn’t get that right.”

Derby return to Championship action on Saturday 4th December when they travel to Ashton Gate to face Bristol City (3pm kick-off) in their first fixture of the final month of the calendar year.