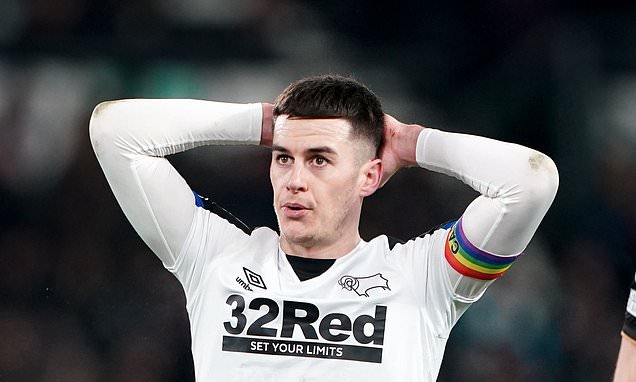 Derby County looked set to secure a point from Queens Park Rangers at Pride Park on Monday but Andre Gray struck in the last minute of normal time to break the Rams hearts.

Derby seemed fearless after ending Fulham's seven-match winning streak at the weekend but could not hold on for a draw against another Championship frontrunner.

The Rams opened the scoring just 10 minutes in as a ball from Graeme Shinnie released Tom Lawrence who streamed forward before striking a thumping effort into the roof of the net.


The Rams' tempo dropped since Lawrenson's goal and QPR grew back into the game, dominating possession but Derby headed into the break with the lead.

However, Wayne Rooney's side did not remain in the lead long into the second half as Rangers charged forward on the counter-attack.

Charlie Austin chased down a pass down the left channel before spotting Chris Willock at the back post. The former Arsenal sent a stunning, composed finish right into the top corner to draw QPR level.

In the 90th minute, Gray, who came on in the 75th minute, struck to hand QPR an outrageous winner. Ilias Chair headed a cross onto the post, but it ricocheted back to Gray, who took two touches before firing into the top right corner.