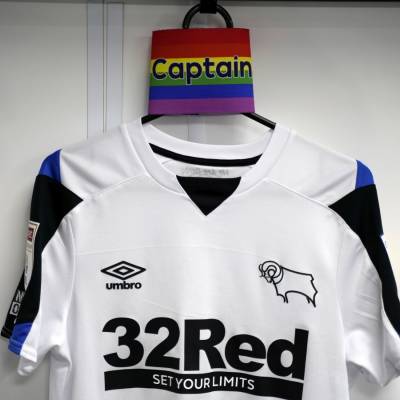 Manager Wayne Rooney has made one change to the side which earned a point against Fulham on Wednesday night for tonight’s Sky Bet Championship clash against Queens Park Rangers (7.45pm kick off).

The Rams are unbeaten in their last three games and enjoyed victory on home turf last time out as Rooney’s men beat AFC Bournemouth 3-2 eight days ago.

And Derby will be hoping for more of the same this evening as Mark Warburton’s men travel to Pride Park Stadium sitting sixth in the Sky Bet Championship table.

Rooney makes one change to his side as Ravel Morrison replaces Festy Ebosele who drops to the substitutes bench.

Academy graduate Liam Thompson starts his third consecutive game for the Rams this evening, whilst Louie Watson returns to the bench as Dylan Williams misses out.