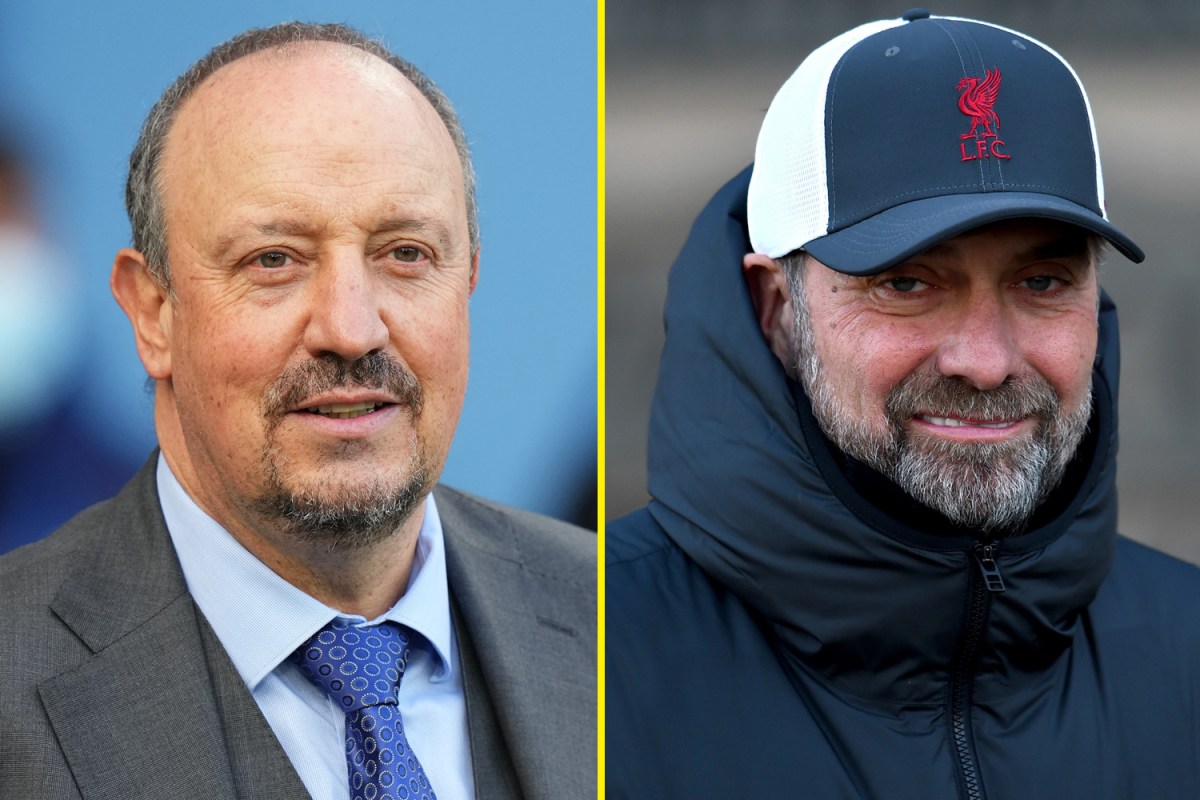 Liverpool cross Stanley Park in midweek for a first reunion with former boss Rafael Benitez since the Spaniard took over fierce rivals Everton.

The Reds kept the pace with the top of the Premier League with a 4-0 win over Southampton at the weekend while the Toffees slipped to their sixth defeat of the season against Brentford.

However, Jurgen Klopp’s side didn’t enjoy the best of form in the Merseyside derby last campaign drawing 2-2 away and losing 2-0 at Anfield.

This fixture last term also saw both Virgil van Dijk and Thiago suffer long-term injuries while Jordan Henderson had a late winner ruled out by VAR.

This Premier League clash will take place on Wednesday, December 1.

The first Merseyside derby of the season will be held at Goodison Park with a kick-off time of 8:15pm.

Liverpool are unbeaten in their last 10 Premier League away games against Everton, since a 2-0 loss in October 2010.

Updates will also be live on talkSPORT throughout the evening while talkSPORT.com will be running a live blog for all the action.

The match will be broadcast live on Amazon Prime and customers can live stream this via the app using their mobile, tablet or computer devices.

Non-members can start a 30-day FREE trial of Amazon Prime – which will grant them access to all of the action. You can sign up here.

Alternatively, new customers can join Amazon Prime for just £7.99 per month or £79 for the year.

The hosts have been plagued by injuries recently with Tom Davies the latest to suffer a problem during training and he missed the Brentford defeat.

Abdoulaye Doucoure did return at the weekend but Dominic Calvert-Lewin is still in the treatment room dealing with an ongoing ankle issue.

Yerry Mina (hamstring) and Andre Gomes (calf) are both out but Demarai Gray recovered from a groin injury to feature on Saturday.

The away side meanwhile are waiting on Naby Keita, Roberto Firmino, Curtis Jones and Joe Gomez to make their returns from injury.

Everton v Liverpool: What has been said?

Klopp says the intensity of the Merseyside derby is ‘too much’ for him.

He told SKy Sports: “It’s always a completely different game, so I really very often don’t like the intensity of the game, it’s too much for me.

“I like physical football, I have no problem with that, we play that, other teams play that, but in that game very often people put too much in.

“I can’t say it’s my favourite game of the year to be honest, because of that.

“But we have the chance to watch Everton tomorrow, we will prepare for the game and will try to make a normal but good football game.”

Jota (l), Salah (c) and Mane (r) are proving to be a nightmare for defences so far this season