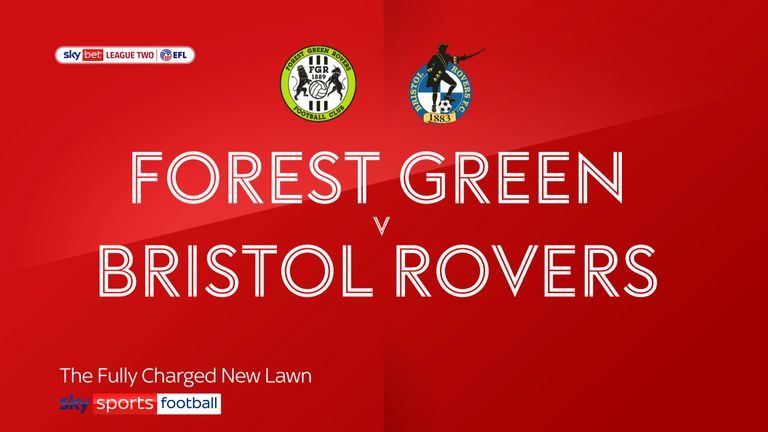 Ten-man Forest Green gained the West Country derby day bragging rights over Bristol Rovers after a Jamille Matt double secured a 2-0 win and extended their lead at the top of the table to six points.

Matt opened the scoring in the first half and added a second after the break from the penalty spot as Rob Edwards' side finished the game with 10 men following a Udoka Godwin-Malife red card on 63 minutes.

Forest Green bossed the game from the start and finally unlocked Bristol Rovers as Ben Stevenson's pass released the scampering Matt, who ran through to plant the ball under James Belshaw after 20 minutes.

Matty Stevens then nodded onto the bar from a Stevenson cross as Forest Green turned up the heat.

Rovers started the second half with intent and were given hope when Forest Green were reduced to 10 after Udoka Godwin-Malife received a second yellow for a push on Harry Anderson.

Despite the numerical disadvantage, it was Belshaw who denied Jack Aitchison, getting across to block.

Matt bagged his second and 10th of the season from the spot with 13 minutes eft to go, drilling beyond Belshaw after Antony Evans was adjudged to have handled Ebou Adams' strike.