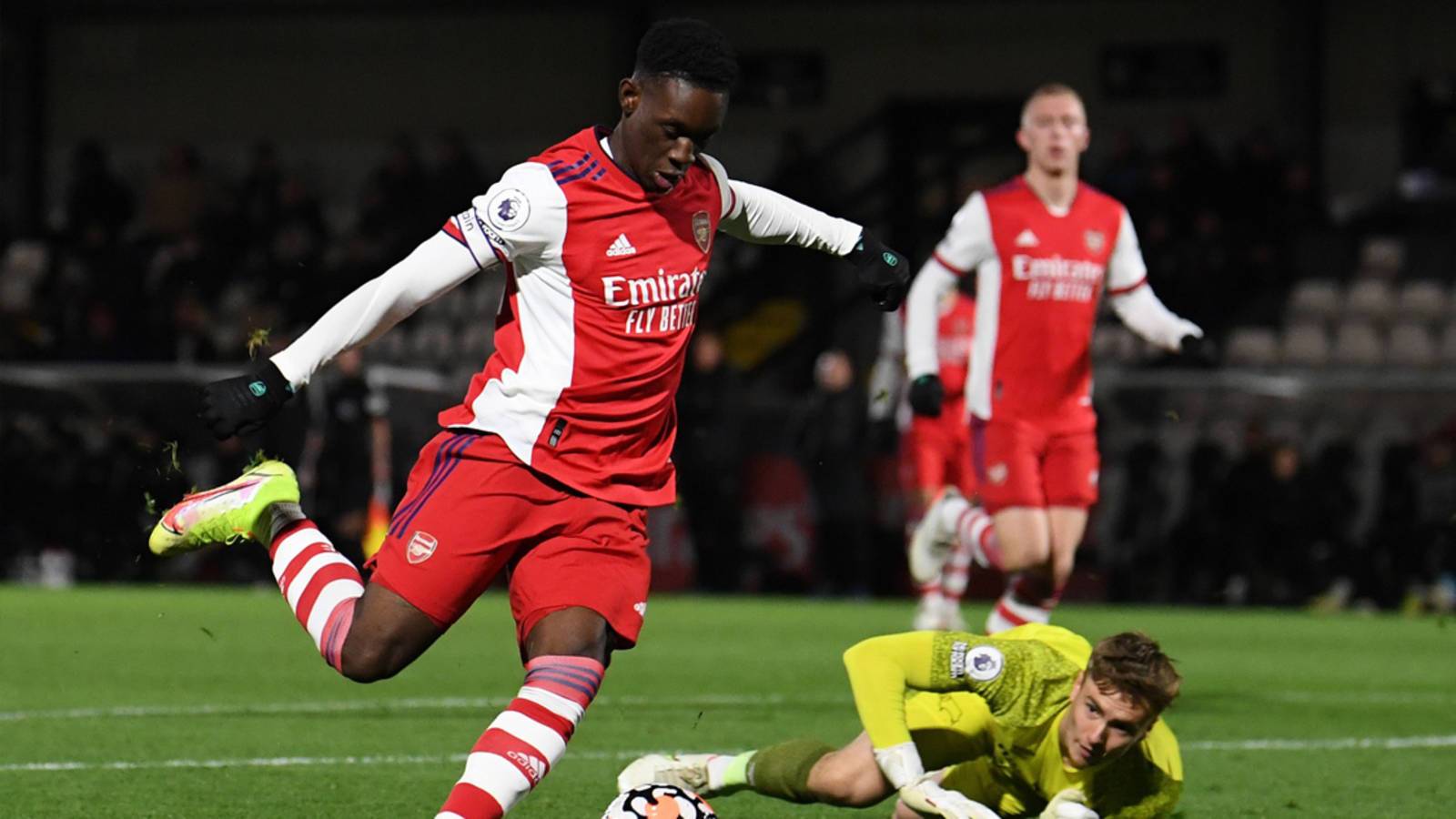 Folarin Balogun scored a hat-trick but we were beaten 5-3 by Derby County in the Premier League 2 on Friday night.

Kevin Betsy's side could not take full control of the match against a Rams side that started the night bottom of the table.

We were punished for some early confusion at the back after just three minutes, Louie Sibley catching out Ovie Ejeheri with a strike at his near post.

Balogun drew us level six minutes later with a brilliant first-time finish, finding the top corner with a side-footed effort from just inside the box.

Our captain then gave us the lead midway through the first half, pouncing on a mistake in the Derby defence to collect the ball and score from close range.

The visitors drew level with 15 minutes left in the half after we failed to deal with a low cross and Luke Plange's effort deflected off James Olayinka and beyond Ejeheri.

We endured a nightmare start to the second half, Plange scoring in style from 20 yards just three minutes after the restart.

Derby extended their advantage soon afterwards, as Dixon raced in unmarked at the far post and headed home after Plange's shot was deflected high over Ejeheri.

Sibley scored the visitors’ fifth and his second of the game, spinning in behind our defence and firing into the roof of the net from a tight angle.

Balogun completed his hat-trick in fine fashion, cutting in from the left, turning the Derby defence inside out, before curling one right into the top corner from 18 yards out.

Our captain's efforts were ultimately in vain as there was to be no comeback for us on this occasion.

Defeat ends our four-match unbeaten run and sees us drop down to second place in the Premier League 2 table.

We're back in action Monday, December 6, when we face Everton away.