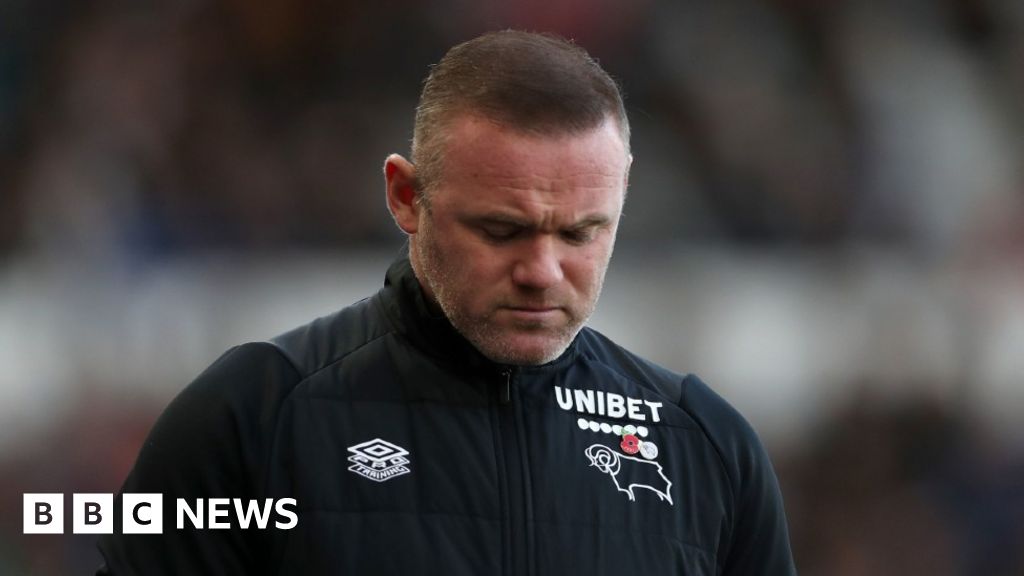 Derby City Council is owed more than £100,000 by troubled football club Derby County it has been revealed.

A slump into administration with combined debts of about £60m, along with other financial breaches, has seen the club docked a total of 21 points.

Now a new breakdown of debts has shown a list of local creditors, among them the city authority.

The council said the payments were for "business rates and rental of south car park for match days".

Administrators Quantuma are now handling the club's financial affairs while trying to find it a new owner, the Local Democracy Reporting Service reports.

The team is managed by former England player Wayne Rooney

A report filed as part of the administration process shows more than £29m is owed to HM Revenue and Customs (HMRC) and £20m to US investment group MSD Holdings.

In addition, a combination of football and trade creditors are owed about £15m.

But among local debts is the £116,138 the club owes to Derby City Council.

In a statement, the authority said: "The DCFC Notice of Accounts were released at the weekend, which acknowledges historic outstanding payments due to Derby City Council for a variety of different services provided to the club.

"The club's auditors have a duty to deal with these overdue payments and we are in separate ongoing talks with them on this issue."

The report also listed Erewash Borough Council as a creditor for which the club owed £46,176. The nature of these payments is unknown.

Both the club and administrators have been approached for comment.