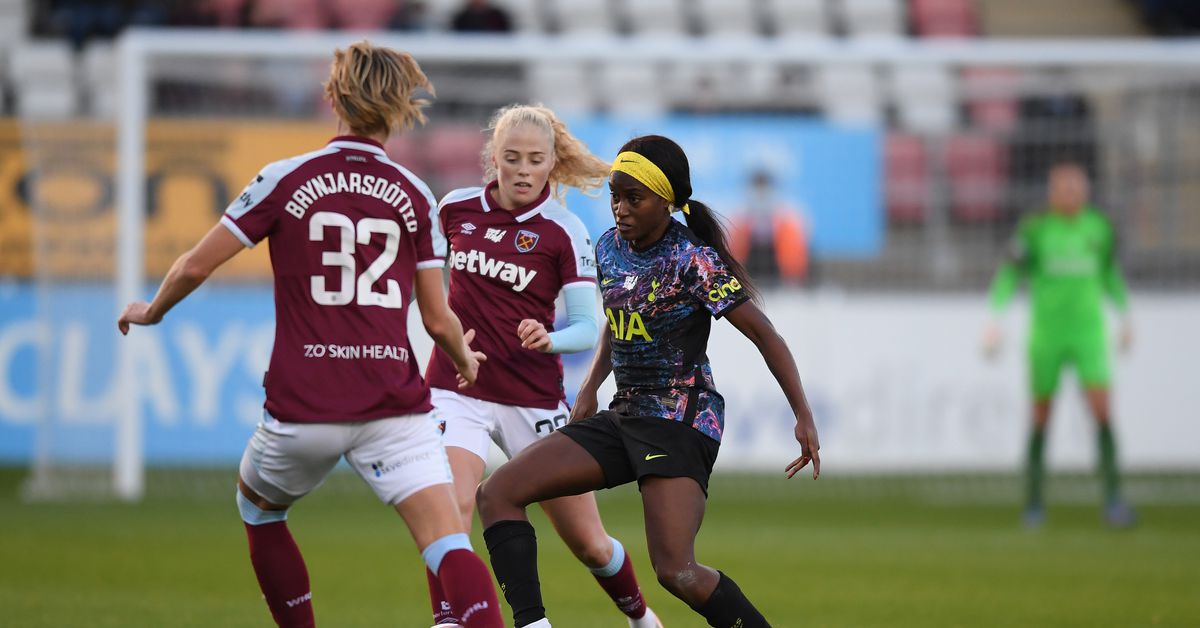 Tottenham Hotspur Women had a golden chance to leap up to third place in the WSL behind Arsenal and Chelsea on Sunday when they visited West Ham United Women in league action. Brighton & Hove Albion’s 2-0 loss at Reading provided an opening for Spurs to stake an early claim for a Champions League spot, but instead they suffered a disappointing 1-0 defeat on the road on Sunday.

The Hammers’ Dagny Brynjarsdottir converted in the 69th minute for West Ham, Chioma Ubogagu had two chances in the net for Spurs ruled out for offside, and Tottenham had additional chances from Rachel Williams and Ashleigh Neville saved by West Ham keeper Mackenzie Arnold as the Hammers won their first ever top flight match against Tottenham.

Spurs suffered an early setback after Kit Graham was injured midway through the first half. Graham was stretchered off with what looked like a serious injury. Spurs were also without club captain and central defender Shelina Zadorsky, who had reported for international duty with Canada.

In truth it was a pretty poor performance for Spurs after a solid opening to the season; these are the matches that Champions League contenders should be winning, but Tottenham were simply not able to convert the few chances that they did create.

The loss keeps Spurs right where they were before the match in fifth place, one point behind Brighton and seven behind Chelsea in 2nd. The win was huge for West Ham, who rocketed from 9th all the way to fifth behind Spurs.

Tottenham’s next match is another road trip at Aston Villa on December 12.