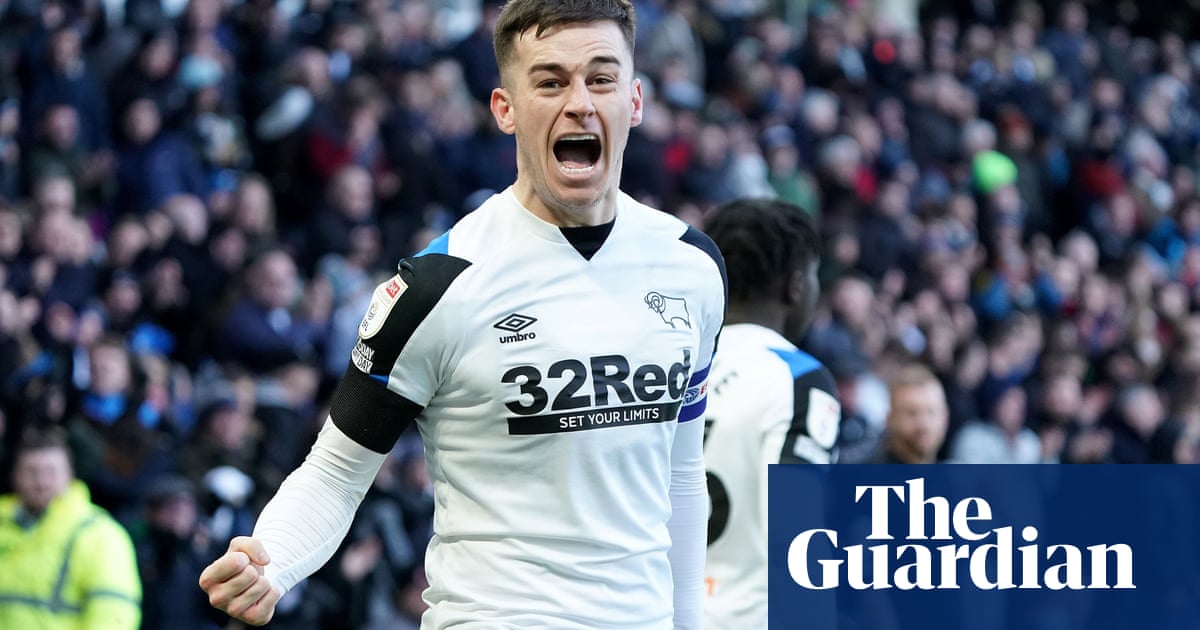 Wayne Rooney has said he is not giving up on the “miracle” of keeping Derby in the Championship this season after seeing off high-flying Bournemouth 3-2.

The Rams’ off-field problems led to the deduction of another nine points earlier this week, taking their total punishment to 21, but Rooney’s men did their job on the pitch thanks to two goals from Tom Lawrence and another from Jason Knight after Bournemouth had led 2-1. Victory means Derby are now on zero points – 15 short of safety – but Rooney is in no mood to throw in the towel.

“We have to be realistic,” he said. “It’s a small chance [of survival], but for as long as there’s an opportunity, we will be giving it a try. We’re not just going to come into training for the sake of it and we will continue to fight on the pitch to get as many points as we can. There’s a chance we can perform a miracle, which I feel it would be if we stay up. I have never doubted the players in terms of character, attitude and energy and, when we are on it, we can compete with any team in this league.”

The home faithful were in full voice after 13 minutes when Bournemouth conceded their first goal in eight league contests on the road. Knight won a corner after his shot was deflected behind by Leif Davis and, when Max Bird swung the ball in from the right, the 20-year-old midfielder rose highest to find the net from six yards.

The Cherries’ first attempt of the match came after 18 minutes when Dominic Solanke collected a pass from Lewis Cook but lifted his effort over. Within seconds, though, the visitors had drawn level courtesy of horrendous play after Derby lost possession in their own box as Kelle Roos looked to play out short from a goal kick. Roos then saved Ryan Christie’s shot with his outstretched right leg but Jaidon Anthony fired in from 10 yards after his initial effort had been kicked off the line by Curtis Davies.

Scott Parker’s men went ahead in the 38th minute when Solanke fired a 10-yard shot under the advancing Roos after he had been slid in by Jefferson Lerma. But

the Rams were back level just past the hour mark after Colin Kazim-Richards won possession in the away box and, when the ball broke to Lawrence 15 yards from goal, he curled a brilliant effort into Mark Travers’ top-left corner.

Lawrence then had Pride Park in raptures on 69 minutes when, after Graeme Shinnie had been nudged over inches inside the box by Jack Stacey following a rampaging run through the left channel, the 27-year-old midfielder drilled the resulting penalty down the middle of the goal as Travers dived to his right.

Parker felt his team were punished for allowing the contest to become a “basketball match”. “We didn’t play well enough to warrant three points,” he said. “Having said that, at 2-1 up, even though we were not playing as well as we wanted to, we still felt we should have got a result even if it wouldn’t have been the way we would have wanted to get one.

“We were off in all aspects of our game. Defensively, we weren’t great but, after conceding an early goal from a set-play, we got back in front with two lovely goals and some good play. After that, though, we were not brave enough on the ball and made it a 50-50 game. That’s not what we’re accustomed to and the game turned into a basketball match.”