Lawrence We Will Give Everything For This Club
DCFC Official Site 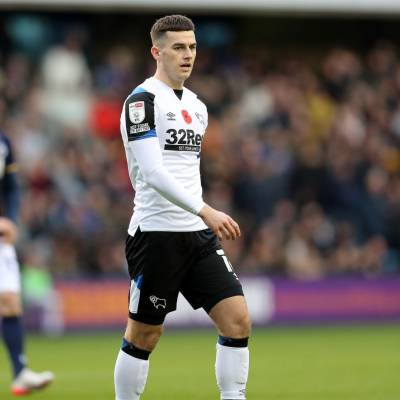 ‘Devastated’ was the word skipper Tom Lawrence used to describe Derby County’s further nine-point deduction earlier this week, after admitting to breaches of the League’s Profitability and Sustainability (P&S) rules, but admitted the team would keep on fighting with 29 games of the Sky Bet Championship season remaining.

The Rams were deducted the standard 12 points for entering administration back in September but were hit with a further penalty on Tuesday after the club and EFL reached an ‘Agreed Decision’ relating to the outstanding issue.

The deduction takes Derby’s total to 21 points, whilst a further three have been suspended and will only take effect if the club does not comply with the terms of the budget set out in the ‘Agreed Decision’ for the remainder of the 2021/22 season.

It means Derby remain bottom of the table with minus three points and sit 18 points away from safety.

“We are all gutted,” Lawrence told RamsTV. “The whole squad all felt the same way when we found out. The manager pulled us in before the news broke and told us all.

“We were all devastated and although we knew that it could have come, we always had in the back of our minds that hopefully it wouldn’t happen; but it did. We’re just devastated.

“Nobody can do anything about it at the club. Going forward, the only thing we can do is put on a performance each week for the fans, make them smile at each game and that’s something I think we have been doing since the start of the season and we will carry on doing that.

“They deserve it, they have been through a lot with this club and they deserve it more than anyone. The coaching staff and the players will all be putting the effort in to make that happen.

“The main thing that we can do now is put in the performances on the pitch, keep the club smiling and hopefully with everything that has happened, it brings a better future for this club.”

The Rams have enjoyed a steady start from their opening 17 games of the campaign but have struggled to turn draws into wins.

The latest points penalty is a blow to their bid to stay in the Sky Bet Championship, but the skipper was keen to reiterate that there is still a chance of survival, albeit it is a challenging ask.

“It’s not impossible,” he admitted. “We have got to take at each game as it comes and play the way we have been doing but try to get more wins. Come the end of the season, if we are in with a shout then that would be the greatest thing ever - but it’s a tough task.

“The fans, since we went into administration, have been right behind us and I’m sure they will continue with that.

“We have to look at the positives. It’s not over. I’m sure the fans will be looking at it the same way, even though nobody has done it with 21 points being deducted.

“We will be trying to do something special for each and everyone of those fans out there.

“We know as players we can’t take our foot off the gas. We know we’ve got to keep working hard every single day in training. The gaffer knows what he wants from us and we will try to deliver that.”

And Lawrence paid tribute to the club’s supporters who have shown their support in huge numbers so far this season.

The Rams’ fans have been vocal at away fixtures and have made Pride Park Stadium a fortress since returning following the COVID-19 pandemic with only one home loss so far this term.

And the Derby faithful will no doubt be in fine voice this weekend as the Rams face league leaders AFC Bournemouth at Pride Park on Sunday afternoon (12pm kick off).

“It never comes easy,” Lawrence concluded. “We have been working this week on how to play on Sunday and hopefully we can get a result.

“We’ve had our plaudits and we’ve had our critics at times, but we need the results. No matter how we do it, we need to start winning games to give ourselves a chance.”