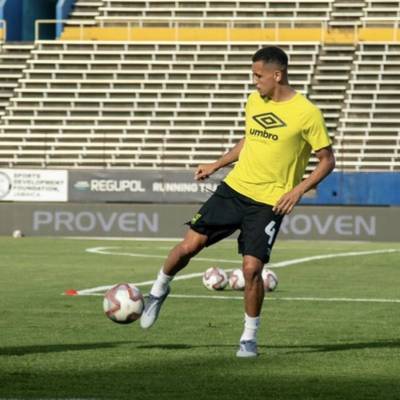 Ravel Morrison earned his sixth cap for Jamaica last night as they earned a respectable point against the United States of America.

The Rams’ midfielder was introduced in the 68th minute of the game as he replaced FC Miami’s Lemar Walker.

And he helped his side earn a 1-1 draw against the team who are favourites to qualify from the FIFA World Cup CONCACAF qualifying section.

Jamaica did fall a goal behind on 11 minutes as Lille striker Timothy Weah put the USA ahead, but 10 minutes later, the home side did find an equaliser through a stunning strike from West Ham United striker Michail Antonio.

Morrison, who has featured 15 times for Derby so far this season since signing in August 2021, showed neat touches in the final 20 minutes as they held on to earn a valuable point.

The result keeps the Reggae Boyz in sixth spot in the standings with seven points picked up from their eight games.

Meanwhile, Kamil Jozwiak played 45 minutes for Poland as their World Cup qualification ended with a 2-1 defeat at home to Hungary.

Paulo Sousa’s side had already qualified for the Play-Offs after beating Andorra 4-1 on Thursday, and going into the final game, they did have a slim chance of qualifying as group winners but needed San Marino to beat England.

With the Three Lions scoring double figures against the minnows, Poland would finish second, but would end their qualification campaign with defeat against Hungary in Warsaw.

Derby winger Jozwiak started the game but was replaced at half time by Aston Villa defender Matty Cash, with Sousa’s side a goal behind courtesy of Andras Schafer‘s 37th minute strike.

The home side did equalise just after the hour mark as Karol Swiderski scored his sixth international goal, however, with only 10 minutes remaining, Hungary found the winner through Daniel Gazdag.

The defeat means Poland are unseeded for the Play-Offs, meaning they face a tricky away tie in the semi-final in March 2022. They will find out their opponents on Friday 26th November as the draw takes place in Zurich, Switzerland.

Elsewhere, Festy Ebosele did not feature for the Republic of Ireland Under-21s as they beat Sweden 1-0 in Dublin.

All three players will now return to Derby County as the Rams face AFC Bournemouth on Sunday 21st November (12pm kick off).