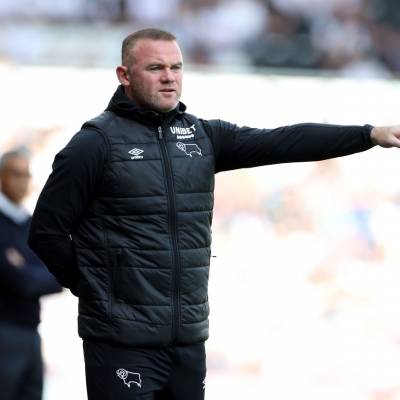 Wayne Rooney says Derby County’s latest three-game week is another important one for his side in the Sky Bet Championship.

Derby return to action following the October international break with a trip to Preston North End on Saturday (3pm kick-off).

The trip to Deepdale will be followed up by a home clash against Luton Town on Tuesday night and a short journey across the Midlands to face Coventry City next Saturday.

Derby are currently at the foot of the Championship table after being deducted 12 points for entering administration but have quickly moved back in positive figures in recent weeks.

Nine points are on offer over the course of the week and Rooney believes his side have what it takes to pick up a healthy points return.

“We have had some very good performances away from home this season but we just haven’t managed to pick up the results we want, so this week gives us a chance to change that,” Rooney told RamsTV. “We have two away games now, starting with Preston, and then Coventry next weekend.

“First up is Preston and it’s a difficult game but it’s certainly one where we can get three points in and I’m confident we can do that. We have to be fully focused and at it to give ourselves the best chance of doing that.”

He added: “I’ve said it all along, and in particular since we went into administration, the lads have been great.

“The training sessions have been excellent. The energy and commitment they have shown in each session has been really good and exactly what I want, so I’m delighted with the players. I think this week is very important for us to pick up some points.”

Preston’s owner Trevor Hemmings sadly passed away earlier this week at the age of 86.

In the aftermath of the news, Preston reduced the ticket prices to £5 for all supporters for this weekend’s game at Deepdale in order to attract a big crowd to celebrate his life and legacy.

Rooney knows it will be an emotional afternoon for the hosts and admits the atmosphere is something the Rams will have to contend with.

“It will be a tough game,” he said. “Every game in the Championship is tough and Preston will play if given the chance and they are not afraid to go direct as well to the two lads up front.

“We know it will be a tough game and they have put their ticket prices down to £5 and dealing with the atmosphere will be something we will have to be aware of. As always, we will be ready, we will prepare well and be ready for a tough game.”

He added: “First of all, we would like to pass on our condolences. It’s a sad time for Preston as a club and emotion is a dangerous thing sometimes. With players and fans all feeling that emotion, it can bring the best out of you, so we know that

“We have been playing on that for a while as well but not under their circumstances they are, so we are expecting a very tough game. We are expecting them to be at it and I’m sure they will want to do the club proud so we will have to be ready for that.”

Derby had Kamil Jozwiak, Jason Knight and Jack Stretton away on international duty during the two-week break and the trio have all reported back to Moor Farm Training Ground in good health.

Phil Jagielka, Sam Baldock and Richard Stearman have also shaken off injuries sustained prior to the international break and have trained with the squad throughout the week.

“Everyone has come back in fine and ready for the game on Saturday,” Rooney said.

“That’s pleasing because you never know when players go away on international duty how they are going to come back, but they’ve returned in good shape so I’m pleased with that.

“Phil Jagielka, Richard Starman and Sam Baldock are all fine. We’ve got Phil and Sam coming back into the squad and Richard is fine after coming off against Swansea, so the squad looks good.”