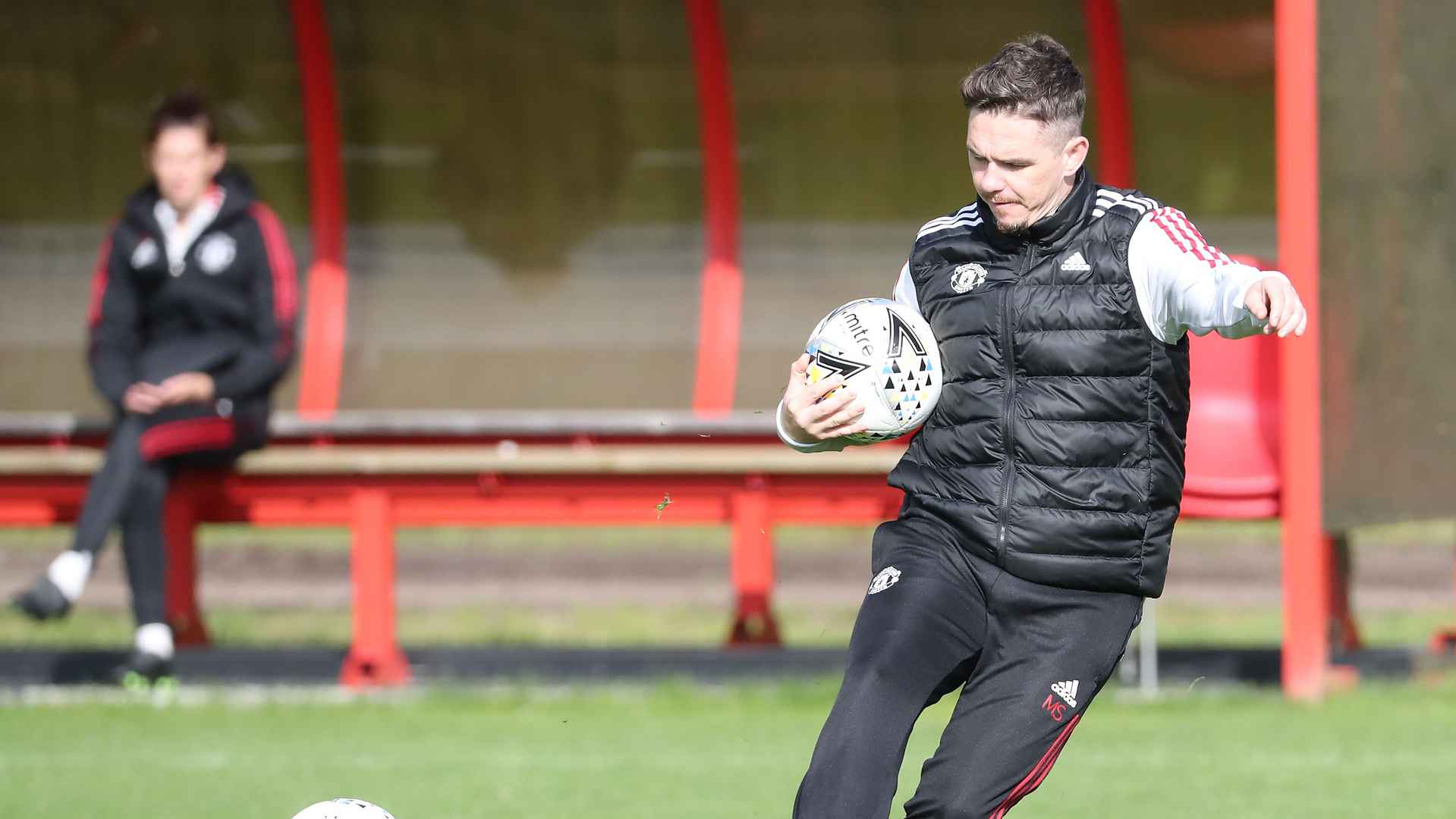 Marc Skinner was delighted with the mentality of his Manchester United Women players as the Reds came from behind in Saturday's Manchester derby.

Trailing at half-time to City, who had been reduced to 10 players when Georgia Stanway was sent off late in the first period, United came out after the break looking a much-improved side and found two goals in quick succession in the 72nd and 75th minutes.

City responded equally well, Ellen White tapping home from close range to bring the scores back level, but despite his team being unable to find victory and three points, Skinner was pleased with his players.

"A little bit mixed," was his summary of his thoughts after the game to MUTV.

"We wrestled ourselves into the lead in really good psyche. What a group of people to get their psyche right from half-time, the upset of them going down to 10 players, you've got to quickly adapt to that and then we went and put our performance onto the pitch in the second half. [There were] lots of positives, but you can see the areas we need to work."

The result means United sit fourth in the Women's Super League table after five games. Skinner believes the attitude towards a derby draw should not be one of disappointment but of taking opportunities to improve.

"We don't need to be disappointed," he said.

"We have to learn. If we learn and the next time we play, we change that, and we get better and better and better, what are we moaning about? We don't want to draw, we want to win every game, but we have to be psychologically strong to go 'disappointment, own it, develop it, let's put it into performance and practice'. That's where our team has to be. We're slowly raising to the performance that we know we can do.

"What they're giving for their team and for each other is aboslutely commendable, and so that's what we'll continue to do. We're going to grow, and grow and grow."

It was a fantastic crowd at Leigh Sports Village, with 3,797 in attendance. Skinner was understandably keen to praise the supporters.

"They give us energy," he began.

"Sometimes we're gonna be a bit rusty and they're with us through all of it. They're great. What an energy today. We want for that to continue to grow in the women's game.

"Every time I speak about them, I light up. They're brilliant and we're going to be in a really good position for them so that they're watching a really exciting team."

United play one more time before the late October international break, in the FA Women's League Cup group stages away against Durham on Thursday night. You can watch the match live on MUTV.