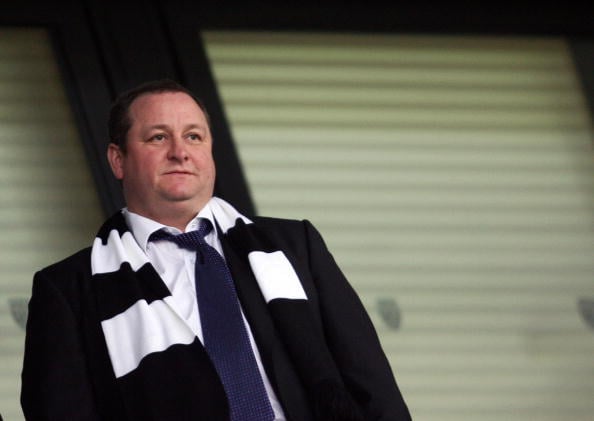 Mike Ashley is already eyeing a big takeover of Derby County mere days after he finally secured an exit from Newcastle United.

That’s according to The Mirror, who claim that Ashley is looking to get back into football having sold Newcastle for £300million.

Ashley’s 14-year spell as Newcastle owner came to an end on Thursday evening as he sold up to a Saudi-led consortium.

With such a huge injection of cash to play with, Ashley could feasibly reinvest that cash into another football club.

Given that Newcastle fans pretty much hated Ashley, you would think that he would actually want a break from the football scene.

However, it’s now stated that sources close to Ashley believe he is keen to buy Derby County – who are currently in administration.

The Rams are in financial ruin and have been given a hefty point deduction as a result for entering administration.

It’s noted that Ashley’s Sports Direct HQ is just 30 miles away from Pride Park, hence his interest in taking over Derby.

‘Discreet enquiries’ have been lodged from Ashley’s camp, and he could emerge as the favourite to lead Derby out of their dire predicament.

Newcastle fans will be delighted that Ashley has gone and big investors have come in.

Seeing Ashley head to another club? Newcastle fans likely wouldn’t want the same fate for Derby, whose fans have been through quite enough of late.

In other news, Report: Update given on whether Everton's Rafael Benitez could become Newcastle's next manager after takeover