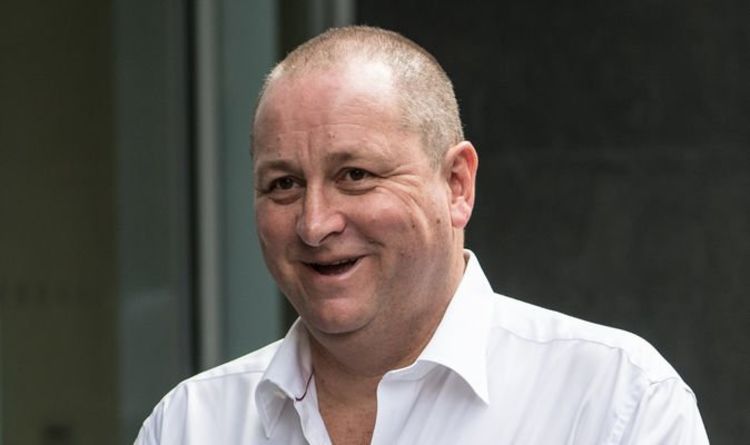 Former Newcastle United owner Mike Ashley has been linked with a shock takeover of cash-strapped Derby County just days after the controversial figure finally walked away from St James' Park. All the talk has been about the Magpies' exciting future, while behind the scenes Ashley may well be plotting his return to football much sooner than expected.

The Saudi-led takeover bid of Newcastle went quiet after their initial push in 2020 was snubbed by the Premier League.

Since then, Ashley was as keen to walk away from the club as the fans were to see him go after 14 years in the boardroom, but it took the resolution of a broadcasting conflict between Saudi Arabia and Qatar for the wheels to once again start turning.

Things moved extremely quickly thereafter, and Newcastle became the richest club in world football when the takeover was completed on Friday.

Fans were jubilant outside St James' Park after who they saw as a neglectful owner finally relinquished his control of the club.

Before the dust has even had a chance to settle, The Mirror now claim that Ashley is weighing up a move to take over Derby County.

The Midlands side are likely to play in League One after this season because of the points deductions which are already confirmed, and the ones set to follow due to entering administration.

At that level, Ashley reportedly feels that he has the financial might to back Wayne Rooney's side effectively.

Sports Direct's headquarters is only 30 miles from Pride Park, and the former Magpies owner feels as though the Rams could give his company a solid public platform.

That is about all that Newcastle fans would thank him for, however, and even that would be through gritted teeth.

Such a chaotic and potentially traumatic spell in charge of a football club prompted many to feel as though Ashley would find other avenues to explore.

However, he appears undeterred and could soon find himself with a sleeping giant of English football in his clutches.