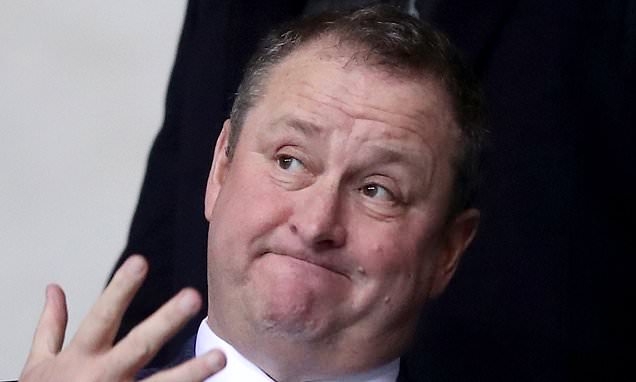 The unpopular Sports Direct chief ended his 14-year stay in the North East this week after securing a sale to Saudi Arabia's Public Investment Fund, much to the jubilation of Magpies supporters.

And according to The Mirror, Ashley is interested in taking over the Rams, with the Championship club encountering financial difficulties having entered administration earlier this season.

The outlet claims that Ashley wishes to maintain a public platform for his Sports Direct empire, and the second tier outfit would provide that for the business magnate.

Despite being much maligned by the Newcastle masses, Ashley is pondering returning to football having won his battle with the Premier League to secure the sale of Magpies.

And Ashley is understood to be interested in purchasing Derby, who are in administraton

Derby's administrators have been approached by a handful of would-be buyers and are confident of reaching an agreement as they look to rescue the financially stricken club.

Wayne Rooney's side were hit with a 12-point deduction earlier this season as a result of entering administration, with the former England captain facing an uphill battle to stave off relegation to League One.

The report adds that Ashley is energised by the prospect of turning things around at Derby, and would provide the financial backing necessary for Rooney should the club suffer relegation to the third tier.