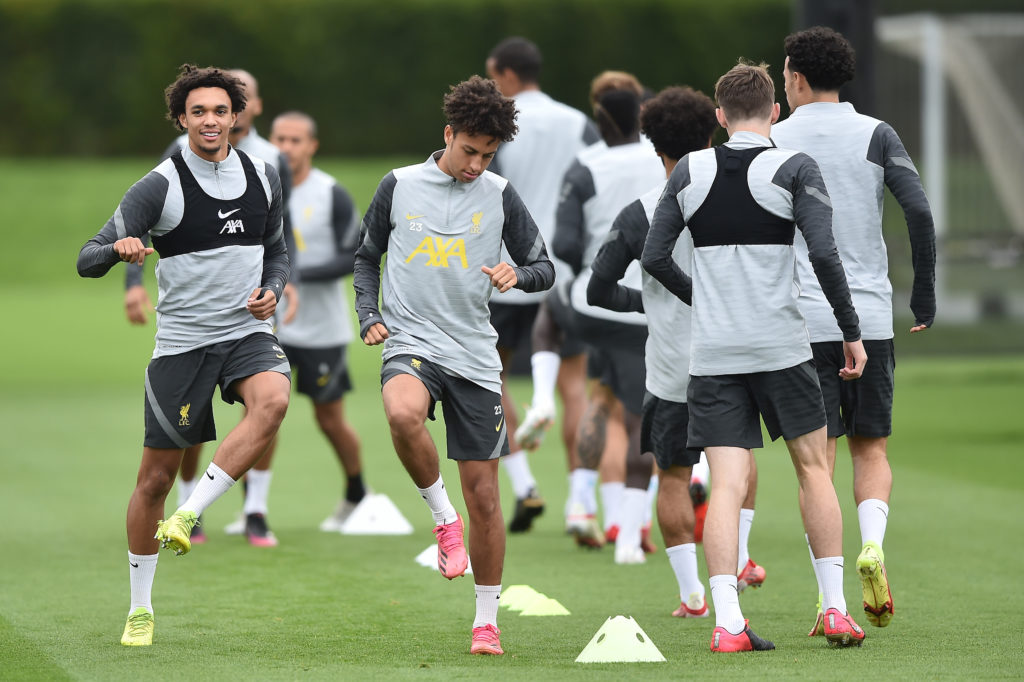 Liverpool are eager to reward Kaide Gordon with a first professional contract as reward for his rise at the club since moving to Anfield from Derby County, as per the Liverpool Echo.

Gordon left the Rams’ academy ranks in February in a transfer that could exceed £3m if all add-ons are fulfilled. He made an instant impression on Merseyside in the Reds’ U18s and has continued to stand out while progressing since.

The forward scored on his U23s bow at the end of last season and graduated permanently this term. He also caught Jurgen Klopp’s eye this summer when the German allowed some academy players to train with the first-team. Returning minutes in several friendlies.

Klopp also handed Gordon his competitive senior Liverpool debut against Norwich City in the Carabao Cup last month. Making him the fifth-youngest ever to represent the Reds at 16-years, 351-days, although yet to feature in a league squad.

Liverpool now want to reward Gordon with a first professional contract after the England U19 international turned 17 on Tuesday. The Anfield hierarchy can present terms of up to three-years to the forward, but have no pressing plans.

A new contract is in the pipeline, however, and Liverpool will discuss Gordon’s future in due course. He has scored twice and provided one assist in three PL2 appearances so far this season. The Derby-born dynamo has also started both UEFA Youth League fixtures.

Liverpool to lock up promising talent Gordon with new contract

Liverpool will know they have a very promising talent on their hands in Gordon, so a new contract is fitting. He is now able to sign professional terms after turning 17, allowing the Reds to lock up his immediate future, although deciding not to rush into negotiations.

Gordon had already earned rave reviews before stepping into the senior fold at Anfield. Derby boss Wayne Rooney hailed him as a ‘fantastic’ player before leaving Pride Park, via Goal. While Joe Gomez lauded him among the Reds’ ‘unbelievable’ youngsters who beat Norwich in the EFL Cup. Virgil van Dijk also praised the teenager over the summer.

“Kaide Gordon, who is 16-years-old, is coming out of his shell,” the Dutchman said, via the Liverpool Echo. “He is training well and is a great talent.”