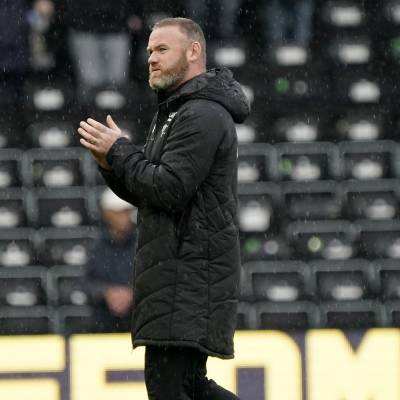 Wayne Rooney says the resilience of his Derby County squad, both on and off the pitch, deserves praise.

Derby entered the two-week October international break with a 0-0 draw at home to Swansea City on Saturday and just a single loss in five Sky Bet Championship matches.

The draw extended the Rams’ unbeaten run at home this season to six matches after picking up two wins and four draws.

Derby’s steady form is even more impressive given the club has faced a challenging period off the field after entering administration last month.

That resulted in the Rams’ being deducted 12 points by the EFL and taking them from on the edge of the play-off places to bottom of the table.

Rooney has praised his players for how they’ve handled everything that has been thrown at them in recent weeks to move back into positive points and offer plenty of encouragement moving forward.

Speaking to RamsTV after the game against Swansea, Rooney said: “Overall, with everything that has been going on around the club, I think the lads have been excellent.

“They deserve a lot of credit and praise for their resilience for how they’ve handled things both on and off the pitch.

“I am pleased with how things are going in terms of the results we’re picking up and now we have the international break to get ready for the next games we have coming up.”

Derby return to league action after the international break with a trip to Preston North End on Saturday 16th October (3pm kick-off).