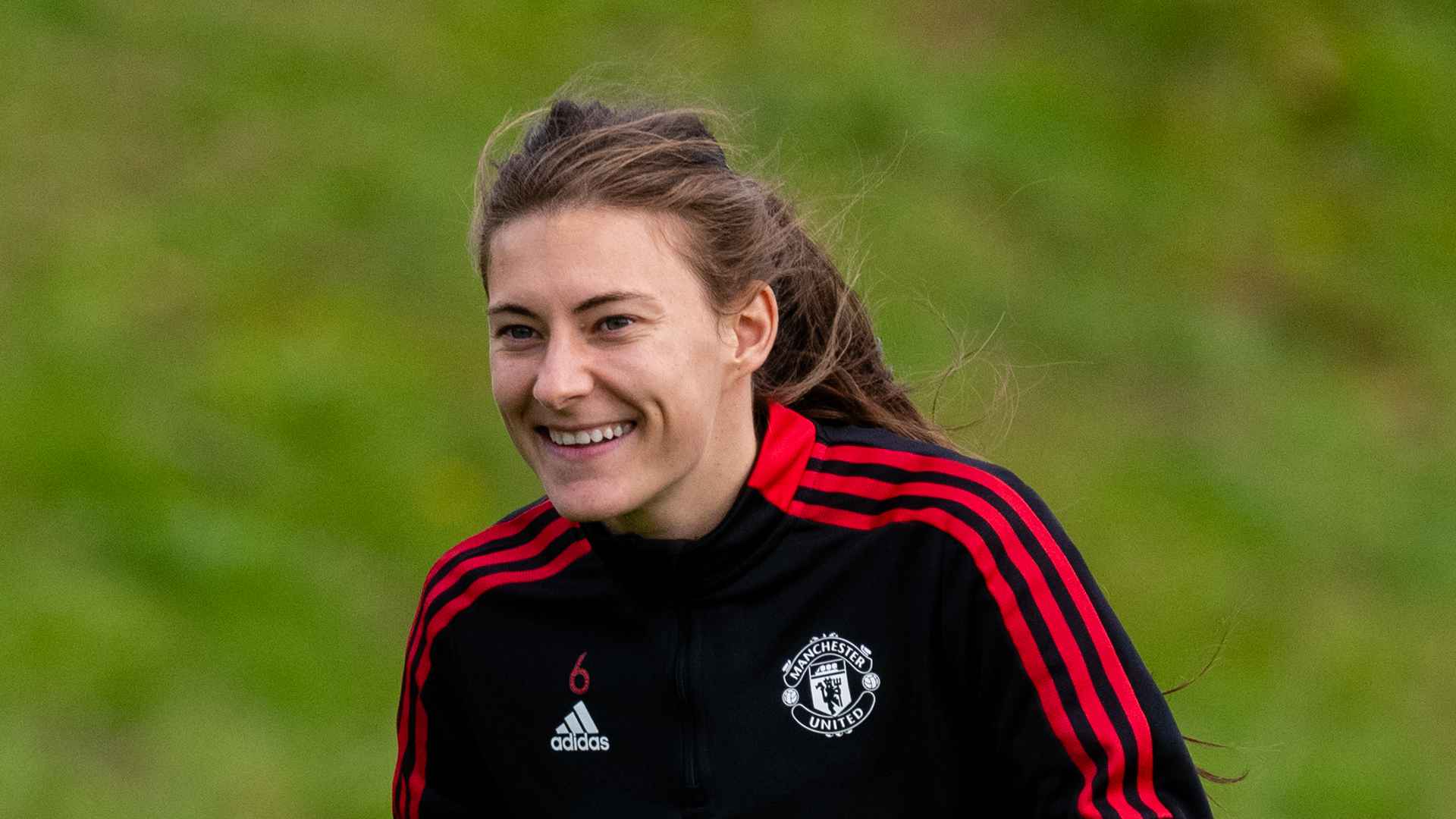 It’s red versus blue this Saturday as Manchester United Women take on their Manchester City counterparts in the Women’s Super League.

We've played our crosstown rivals six times and come out on top twice, both in the Continental Cup. In September 2019, United beat City 2-0 and the Reds also emerged victorious on penalties over the Citizens last season, following a 0-0 draw at home.

In the WSL, our Manchester rivals have two victories to their name and the points have been shared once, in our dramatic 2-2 draw at Leigh Sports Village last season.

United are fourth in the table going into Saturday's clash which kicks off at 13:30 BST. City, on the other hand, have had a tough start to the season. They sit ninth in the league, having lost their last three matches.

Our head coach Marc Skinner is looking forward to the challenge of playing City and urges our supporters to continue singing and chanting loud and proud for the Reds.

“We won’t need to get up here because we’ll already be in that focus, and the fans will bring the energy like they always do. Tonight, it echoes around this stadium, our fans. So, we take over whenever we go away.

“Whenever we play at home, we need to bring that energy, drive our players forward in the way to beat Manchester City, who will be a very difficult opponent, even though they’re going through what they’re doing at the minute. We have to find a way and our fans are absolutely the energy in our lungs every time we step on to the field."

Hannah Blundell, who produced two assists in the 2-0 win over Birmingham City in our last WSL match, cannot stress enough how big the clashes between the red and blue half of Manchester are.

“It’s obviously a derby, so it’s quite a lot riding on it, but we've got enough characters to make sure we don’t overdo it. It’s a derby, it’s one game and we've got to make sure we put in a professional performance and that we come away with a result.”

Leah Galton, who was on the scoresheet at St Andrews on Sunday, is eager to show what the Reds are capable of.

“It’s huge! It’s a derby isn’t it so it’s always blue against red. I’m just excited for it, I just want to get going now,” she said.

The no.11 praised our trusted away fans’ support in Birmingham and is looking forward to playing in front of a partisan crowd at Leigh Sports Village on Sunday.

“It’s amazing, you wouldn’t think we were away,” the winger said about our supporters’ singing in the Midlands.

"I just want to say thank you to the supporters and the fans because they’re amazing and singing every single week.”

The Manchester derby against City at Leigh Sports Village on Saturday 9 October kicks off at 13:30 BST.

Get your tickets now.