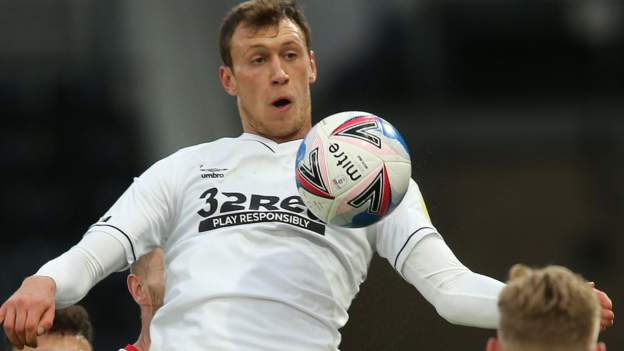 Kazim-Richards, who was last season's top scorer, suffered an Achilles injury against Peterborough on 14 August.

The 35-year-old will provide Wayne Rooney with an extra attacking option as they look to avoid relegation despite a 12-point deduction.

"Colin will be back taking part with us maybe a week after the international break," Rooney told BBC Radio Derby.

"Krystian similar, maybe a little bit earlier than that."

"Colin with his experience, and Krystian with his quality and enthusiasm, it'll be good to have the two of them back."

Derby, who are seven points from safety following Saturday's draw with Swansea, will be away to Preston North End in their next game on 16 October.