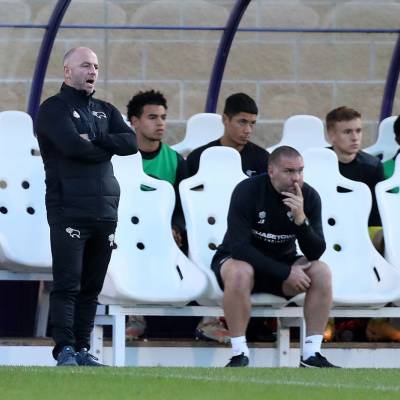 Derby County’s Under-23s were beaten 1-0 at Manchester City in their final Premier League 2 - Division 1 fixture before the October international break on Saturday afternoon.

Derby fell behind after just nine minutes as James McAtee drove the ball past Harrison Foulkes after Oscar Bobb cut the ball back to him inside the penalty area.

That proved to be the only goal of the game at the Premier League champions’ City Football Academy.

The rest of the first half produced little in terms of chances and Derby came close to equalising before the break as Luke Plange hit the post with a header.

City went close to a second after the break as McAtee went close, but Foulkes kept out the midfielder’s chipped effort.

Pat Lyons’ side applied plenty of late pressure but they were unable to break down the home side’s stubborn backline as they picked up all three points to continue their unbeaten start to the season and move back to the top of the league table.

Derby’s Under-23s are next in action on Monday 11th October (7pm kick-off) when they face Charlton Athletic at Loughborough University Stadium in their latest Premier League Cup group fixture.

Their next Premier League 2 – Division 1 match will see them travel south to Chelsea on Saturday 16th October (1pm kick-off).