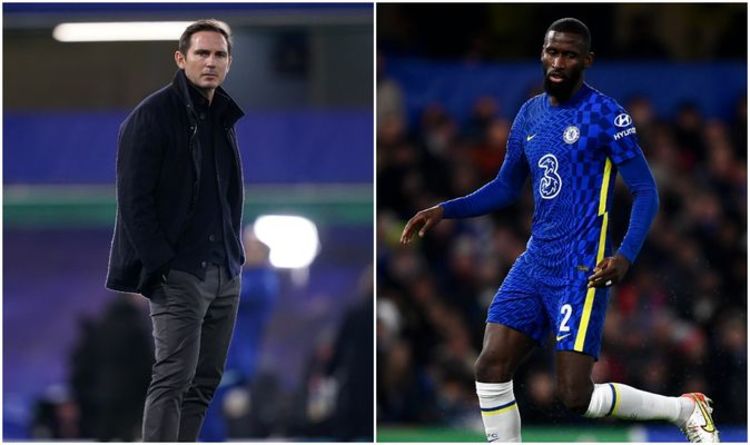 Paul Merson has claimed that former Chelsea boss Frank Lampard is to blame for the current contract stalemate with Antonio Rudiger as the Blues look to set to lose the German defender for nothing next summer.

Rudiger is now in the final few months of his current deal at Stamford Bridge and is free to negotiate a move with foreign teams from January.

So far, Chelsea have failed in their attempts to tie the 28-year-old down to a new long-term deal.

The Blues are desperate to hang onto the powerful defender, who has evolved into a pivotal player under Thomas Tuchel after suffering a torrid time at Stamford Bridge under Tuchel's predecessor, Lampard.

Frank Lampard has been told he would be to blame if Antonio Rudiger departs Chelsea for nothing (Image: GETTY)

And ex-Arsenal ace Merson believes that it's Lampard, not Tuchel, who would be to blame if Rudiger does run his contract down and depart London for nothing.

Merson feels that Lampard's reluctance to utilise the centre half during his time at the helm has hampered Chelsea's attempts to tie Rudiger down to a new deal - and he also believes it could cost the Blues a huge sum of money to replace the all-action defender.

“Chelsea are going to miss Antonio Rudiger when he goes because it will take £60-70m to replace him," Merson said in his weekly column for Daily Star Sport.