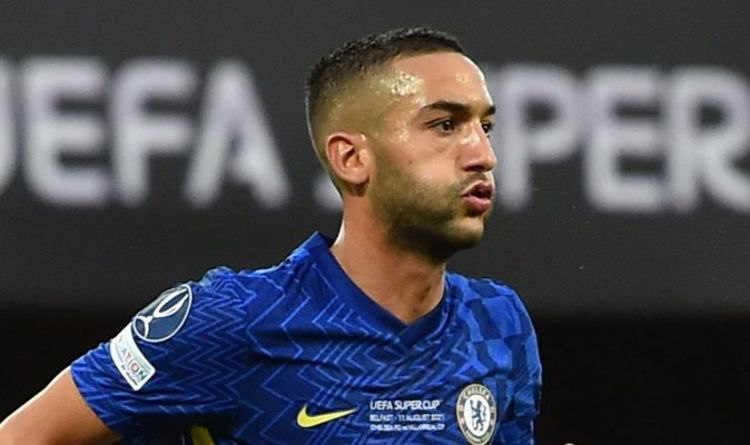 Chelsea star Hakim Ziyech has fuelled speculation of re-joining Ajax after admitting he would ‘love’ to return to the Eredivisie side. The Moroccan was one of Frank Lampard’s first signings as manager of the Blues but he has struggled to get into the team under Thomas Tuchel.

Ziyech scored Chelsea’s winning goal in the important 2-1 win over Watford on Wednesday.

The winger slammed home Mason Mount’s delivery at Vicarage Road but it was his first Premier League goal of the season.

Just four of Ziyech’s eight Premier League appearances this season have been starts.

Mount, Hudson-Odoi, Christian Pulisic, Timo Werner and Kai Havertz have often been preferred in the two positions behind the centre-forward in Tuchel’s 3-4-3 formation.

And now, the 28-year-old has hinted at a return to former club Ajax.

Chelsea paid a whopping £36million for the player in 2020 but he has so far failed to live up to expectations at Stamford Bridge.

“I would love to (return),” Soccer News report him saying.

“I had a fantastic time there. It’s a place where I have felt at home, and whether it will ever happen, the future will tell. But, if it is up to me, it will definitely happen.

The wide man was then demoted to the bench for the Watford game, although came off the bench to score the winner. He then started Saturday’s 3-2 defeat by West Ham.

“Yes, very pleased with [his] fantastic energy and huge effort,” Tuchel told Chelsea TV after the draw with United.

“Unfortunately, he could not create another big chance and or be decisive with an assist or goal, but it was a very good game [from him].

“I feel that he is more free now and totally involved, it’s good for us that he’s confident.”