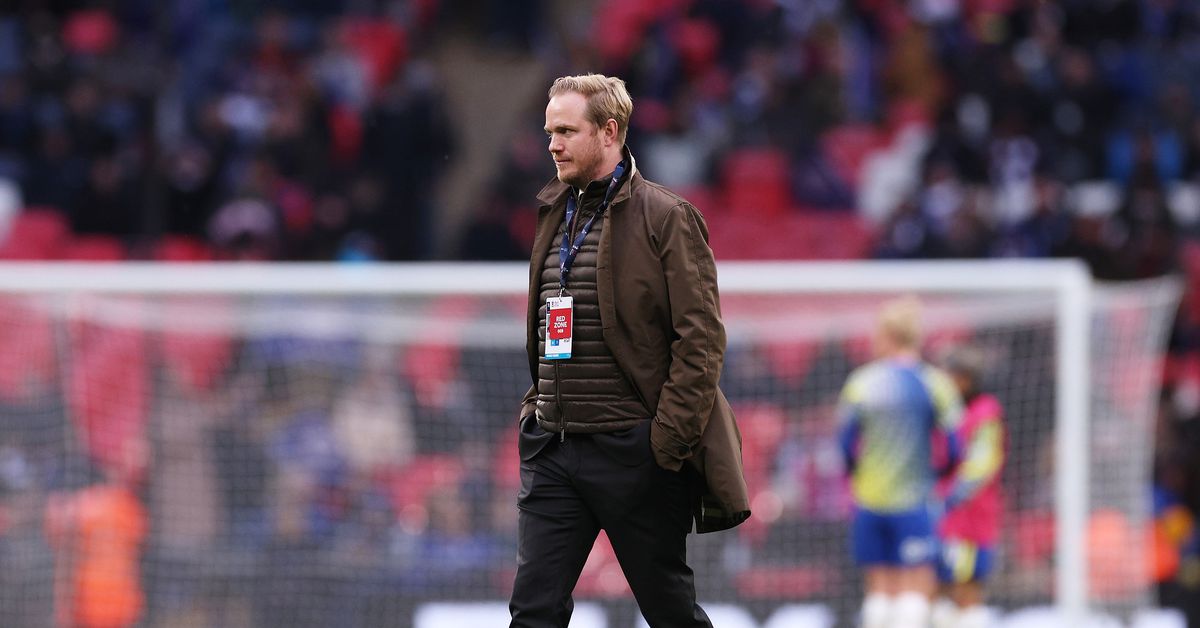 Arsenal started the 2021 Women’s FA Cup final badly. Passes were loose—Manuela Zinsberger twice kicked over her defenders into an area for Chelsea to win possession—and Arsenal were behind within minutes, a gift for Fran Kirby after Frida Maanum compounded her loose touch by kicking the ball off of Lotte Wubben-Moy for Kirby to run onto.

Chelsea are a very good attacking team, and you cannot give them space to run into. Arsenal kept doing that. But that, to an extent, is to be expected. Chelsea score against everyone, except Barcelona. You cannot expect to keep Pernille Harder, Sam Kerr, and Kirby quiet for 90 minutes. They’re going to get chances; they’re going to score. Sometimes they’re clinical, sometimes they’re profligate, but they’re consistent in creating chances.

Arsenal are not. And while Arsenal were defensively terrible, what was perhaps more concerning, in the context not only of this game, but Arsenal’s ability to compete for a league title, was the complete inability to create chances. Arsenal had 8 shots—half as many as Chelsea—and didn’t force Ann-Katrin Berger to make a save.

This is not new for Arsenal in big games: to give context, last year, they were pressed into defeat by Manchester City and Chelsea. But there have been other trends with Arsenal’s attack that should spark concern, a concern that has become urgent following today’s defeat. An unimpressive home win against Køge, a game that was 1-0 until the final ten minutes.

Generally speaking, Eidevall’s Arsenal avoid building up in central spaces. A feature of Arsenal’s play has been big switches from the back, especially Leah Williamson. These switches of play, to an attacking full back or a winger, give Arsenal access to wide areas and the ability to create overloads—and from there, they use central players running from deep. This is fine when it works, but there have been hints that the league is catching up to it, and of course, Leah Williamson is out injured, and her passing is not really replicable by any of Arsenal’s other centre backs.

The second component is pressing. Arsenal came up today against a team that is better at pressing than they are, and Arsenal couldn’t play into wide areas. Nor could they play into midfield, but that’s not really in the game plan. But the game plan, with wingers that stretch the play in order to create space for overloads, means that Vivianne Miedema can become isolated, with fewer players to combine with.

Again, this is not ah inherent problem with Arsenal’s style—Miedema became isolated at points last season too—but points to a need for a rethink. Without Leah Williamson, it’s harder for Arsenal to play quickly out to wide areas, and teams that press can stymie Arsenal’s attacking play. We saw this against Spurs, and we saw it again here.

After the game, Eidevall spoke about needing to have more quality in order to impose their style, and needing to develop that quality. And while that is fair, there also needs to be a development of Arsenal’s attacking play under Eidevall. If Plan A isn’t working, or is countered by a superior press, or by the unavailability of personnel, there needs to be a Plan B. These tweaks can be as simple as personnel changes while Arsenal continue to develop the style; simply put, if you play players like Jordan Nobbs and Mana Iwabuchi, you are going to play more through the middle, and there’s going to be combination play with Miedema.

Today’s game marks the real first, gut-wrenching setback under Eidevall. Arsenal were even favourites coming into the FA Cup final, and got swatted away by Chelsea, who were vastly superior on the day. But the match also showed that Emma Hayes had adjusted to Arsenal’s game-plan. Now the task for Eidevall is to show he can make his own adjustments to stave off a league that is beginning to catch up.