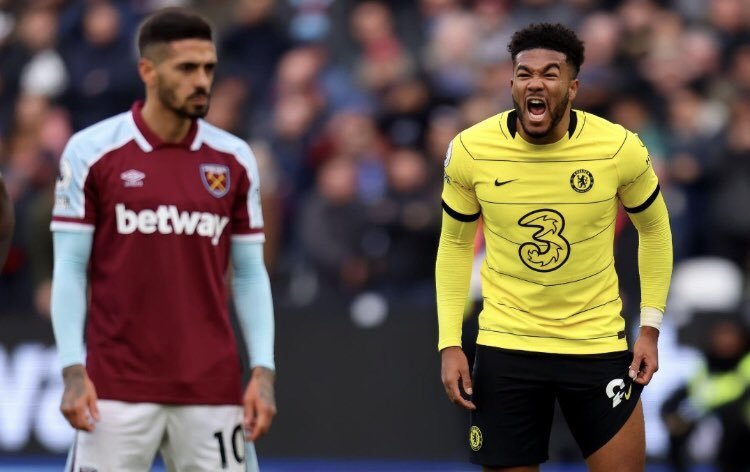 Chelsea defender Reece James tried to put off Manuel Lanzini by screaming as the West Ham midfielder ran up to slot home his penalty.

That crosses the line of what a professional sportsman should be doing and Lanzini reacted by barging into James and giving him a verbal volley after making it 1-1 after converting his spot kick despite the distraction.

James should have been cautioned for unsporting behaviour but referee Andre Marriner let it slide and giving the Chelsea man the benefit of the doubt.

London derbies are always a passionate affair for players and fans alike and temperatures were raised in yesterday’s lunchtime game.

Had it been more of a niggly affair then James may well have seen a yellow card but as Manu scored he let it go.

Maybe he felt if he booked James he would have had to book Lanzini also for the post celebration shoulder barge.