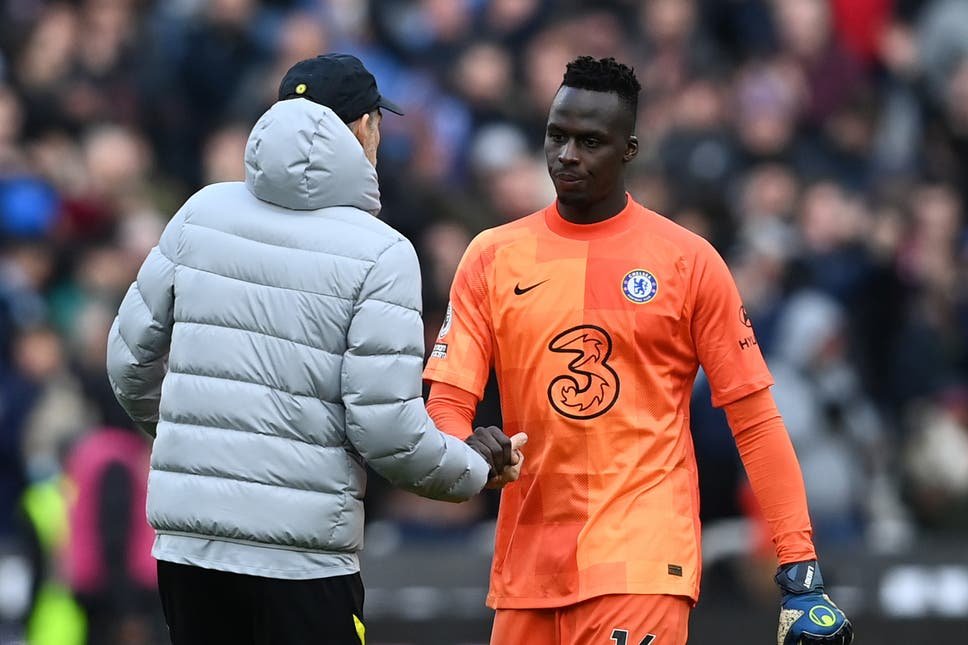 Former Hammer Rio Ferdinand says Edouard Mendy was to blame for Chelsea’s defeat to West Ham on Saturday as he was “trying to play perfect football”.

Chelsea took the lead twice at the London Stadium but fell to their only second defeat of the season against the Hammers.

Mendy had perhaps his worst game in a Chelsea shirt and was certainly at fault for West Ham’s first and perhaps could have done better with the winner.

After Thiago Silva’s opener for the Blues, Mendy allowed West Ham back into the game as he conceded a penalty after failing to clear Jorginho’s back pass.

Jarrod Bowen put the keeper under pressure with Mendy clumsily bringing the forward down in the box.

Asked whether Mendy or Jorginho were at fault for the goal, Ferdinand told BT Sport: “Mostly with the goalkeeper, he has plenty of opportunity to clear this.

“Jorginho leaves the short pass, yes it is short but the goalkeeper gets there. Clear it straight away.

“He gets another chance to clear it and takes another touch then all of a sudden its panic stations and he gives away a penalty.

“Instead of taking that touch, give a throw in away. The problem is he has been caught trying to play perfect football. In those situations, it’s not about that.”

Chelsea dropped down to third in the Premier League after both Liverpool and Manchester City climbed above them with wins on Saturday.