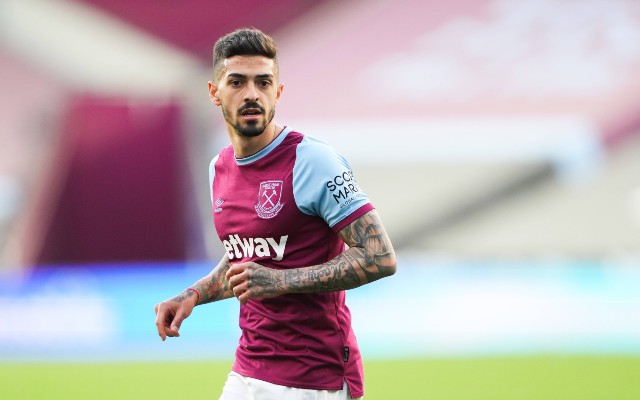 After a stunning 3-2 London derby victory over Chelsea, West Ham manager, David Moyes, should be more than happy with his team and the fact that the Hammers will finish another Premier League weekend in fourth place.

However, the withdrawals through injury of Ben Johnson and Kurt Zouma would’ve put a dampener on the result, particularly as the busy festive period isn’t too far into the future.

Not only that, but another potential injury victim has been identified: Manuel Lanzini.

According to Hammers News, the Argentinian was spotted limping heavily in the car park after the game.

It’s the last things that Moyes needs, even if Saturday’s appearance was only Lanzini’s first start of the season.

After Angelo Ogbonna was ruled out for the rest of the campaign, now it appears West Ham’s stars are dropping like flies.

To that end, the January window can’t come soon enough so that Moyes can draft in reinforcements if required.