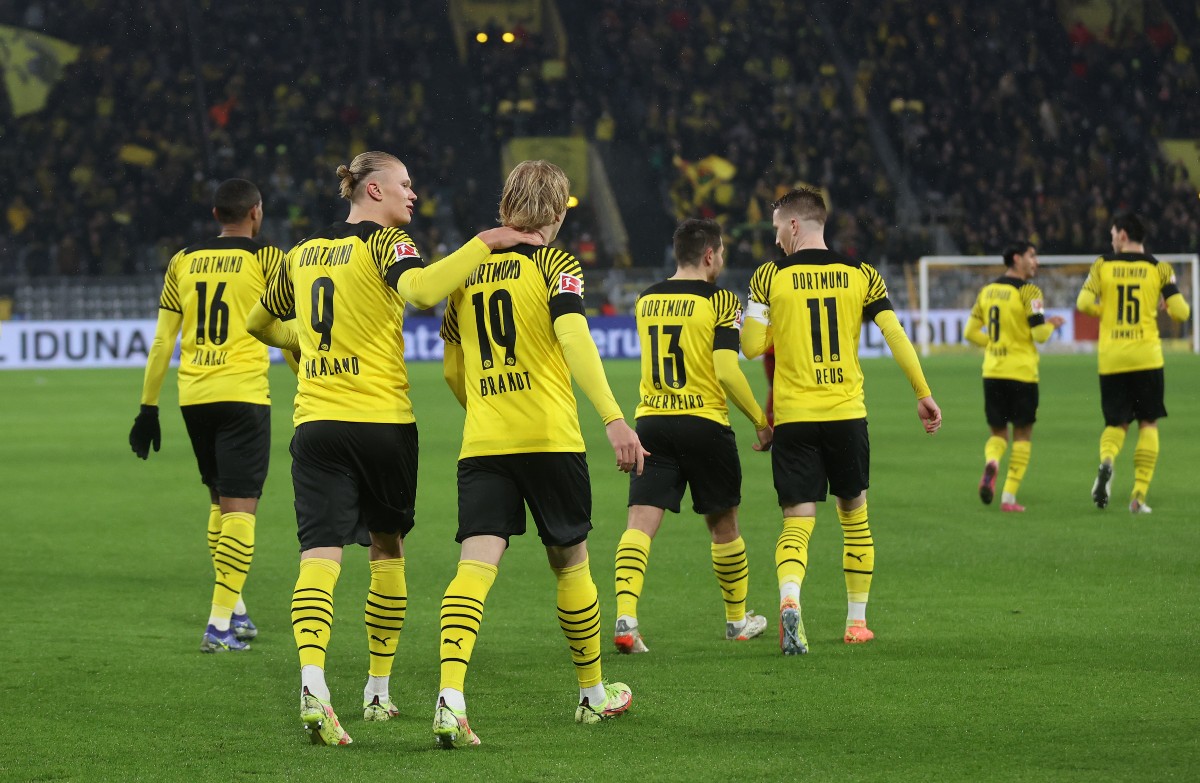 Haaland has been on fire since moving to Dortmund, scoring a staggering 72 goals in 71 games since he joined the Bundesliga giants, and he’s sure to have a long list of big clubs in for him in the near future.

Fabrizio Romano has previously given a list of the teams who are likely to be in for the Norway international, including Chelsea and Manchester United, as you can see in the video clip below via Football Espana…

In this clip from @azulfeehely's exclusive interview with @FabrizioRomano, Erling Haaland's future is discussed. The Norwegian sharpshooter is putting up frightening numbers in the Bundesliga, and will approach his next move with a clear-headed, reasoned perspective. pic.twitter.com/u1kHcjlYqH

Now Zorc has given these teams hope of signing Haaland by admitting the 21-year-old can leave the club under the right conditions, though one imagines he’s likely hinting that it’ll take big money to get a deal done.

Dortmund have often sold their star names, including Jadon Sancho, who left for Man Utd in the summer, but they won’t want to be seen as pushovers here.

“The fact is that he has a contract. But it’s also a fact, and this is no secret, that he can leave the club under certain conditions,” Zorc told German outlet Sport1, as translated by the Daily Mirror.

“Both Erling and the club are dealing with the issue very professionally. We’ll see how things progress.”

Chelsea could perhaps do with adding Haaland to their squad, even if they also spent big on bringing in Romelu Lukaku last summer.

The Belgium international hasn’t quite got going yet at Stamford Bridge, while other forwards like Kai Havertz and Timo Werner have also been a little unconvincing.

“Obviously United have got Ronaldo and Cavani for this season, but you would imagine they are looking for players for the future in that position, maybe keeping tabs on Erling Haaland as well,” Chadwick told CaughtOffside.

“I’m not sure they’ll be buying a striker in January, and I imagine to attract a player like Haaland or Vlahovic they need to be doing a lot better than they are. If they can get him, he does look like a player with a huge amount of potential, as he’s showing in Serie A.”