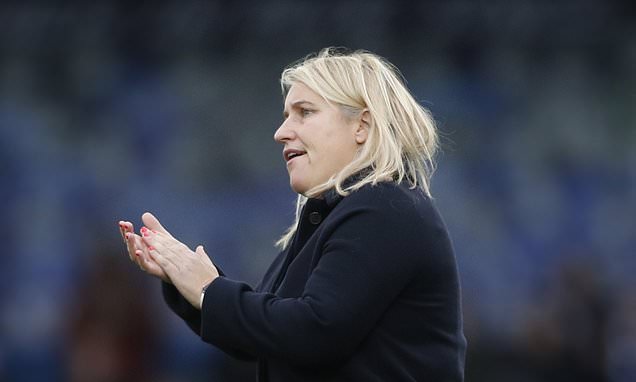 Emma Hayes might claim otherwise, but the Chelsea manager heads into the women’s FA Cup final with her rivalry with Arsenal counterpart Jonas Eidevall simmering.

The first signs of it were evident in Eidevall’s fist-pumping celebration after Arsenal defeated their London rivals 3-2 in their first game of the Women’s Super League season, his first competitive match in charge.

Last month, Eidevall criticised Arsenal’s ‘almost inhuman’ schedule, suggesting Chelsea have been given a better deal. He added that the hamstring injury to Arsenal’s Leah Williamson was partly caused by overloading.


Asked about the pair’s personal competition, Hayes said: ‘I don’t see a rivalry between me and the manager. I barely know him. He’s brought brilliant things to the league, he’s been a great addition for them, he’s brought a great mentality to their team.’

Others, however, are unconvinced by such diplomacy. With Chelsea trailing leaders Arsenal in the league by a point, Gunners captain Kim Little was asked about Hayes’s claim that Chelsea were not their main rivals. ‘I think she’s playing mind games,’ she said, laughing.

Faye White, the former Arsenal captain, said: ‘Emma is very good with words and playing mind games — whether that’s to her players or the media. She’s good at saying the right thing at the right time to get those rivalries and those reactions from her players.

‘I remember before the semi-final she said, “Oh yeah, we want Arsenal”. She’s very good at the psychological stuff. Some people see through it, some people don’t. Everyone reacts slightly differently.’

Eidevall first met Hayes during a visit to the Japanese FA in 2013. ‘She’s obviously built something very, very strong at Chelsea,’ said the Arsenal boss. ‘I have massive respect for what she has done.’