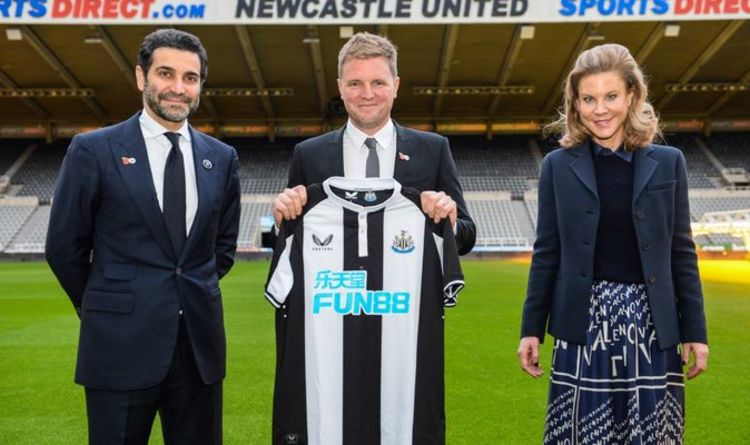 Newcastle United have been given a setback in their seemingly never-ending search for a director of football after ex-Chelsea chief Michael Emenalo reportedly turned the Magpies down - with the former Blues man rejecting the job down as the north east outfit didn't match his ambitious plans.

Emenalo, who played for Notts County alongside making appearances at the 1994 FIFA World Cup for Nigeria, became Chelsea's technical director in 2011.

He remained there until 2017, buying the likes of Ngolo Kante, Eden Hazard, Thibaut Courtois and Juan Mata before moving to AS Monaco.

He oversaw the sales of Fabinho, Kylian Mbappe and Youri Tielemans before leaving once more.

But according to the Sun, his next venture will not be Newcastle - leaving manager Eddie Howe to sweat over January signings.

Eddie Howe will be wary over his winter signings (Image: GETTY)

The report states that Emenalo travelled to Saudi Arabia to hold talks with the club's hierarchy, outlining his plans to avoid relegation in the immediate future.

But after talks with director Amanda Staveley, the former footballer has reportedly turned down the job.

It now leaves Howe unsure on January signings which would undoubtedly help his side in their quest for survival.

Howe's men beat Burnley 1-0 on Saturday afternoon to record their first win of the season in all competitions.

"We have tried to bring our philosophy to the team. To be front foot and be more aggressive. We have technical players and athletes. Confidence is a key in any sport and we have lacked that. But today goes a long way to rebuilding that.

"It was a delicate one this week with three games in a week and keeping him [Callum Wilson] fit, but he was excellent today. His finish for the goal was high class. He will be vital for us. We will need him before now and the end of the season.

"The fixture list doesn't look kind but we can only tick them off one at a time. Historically we have said you need to take points off the top teams and that will be the task in December.