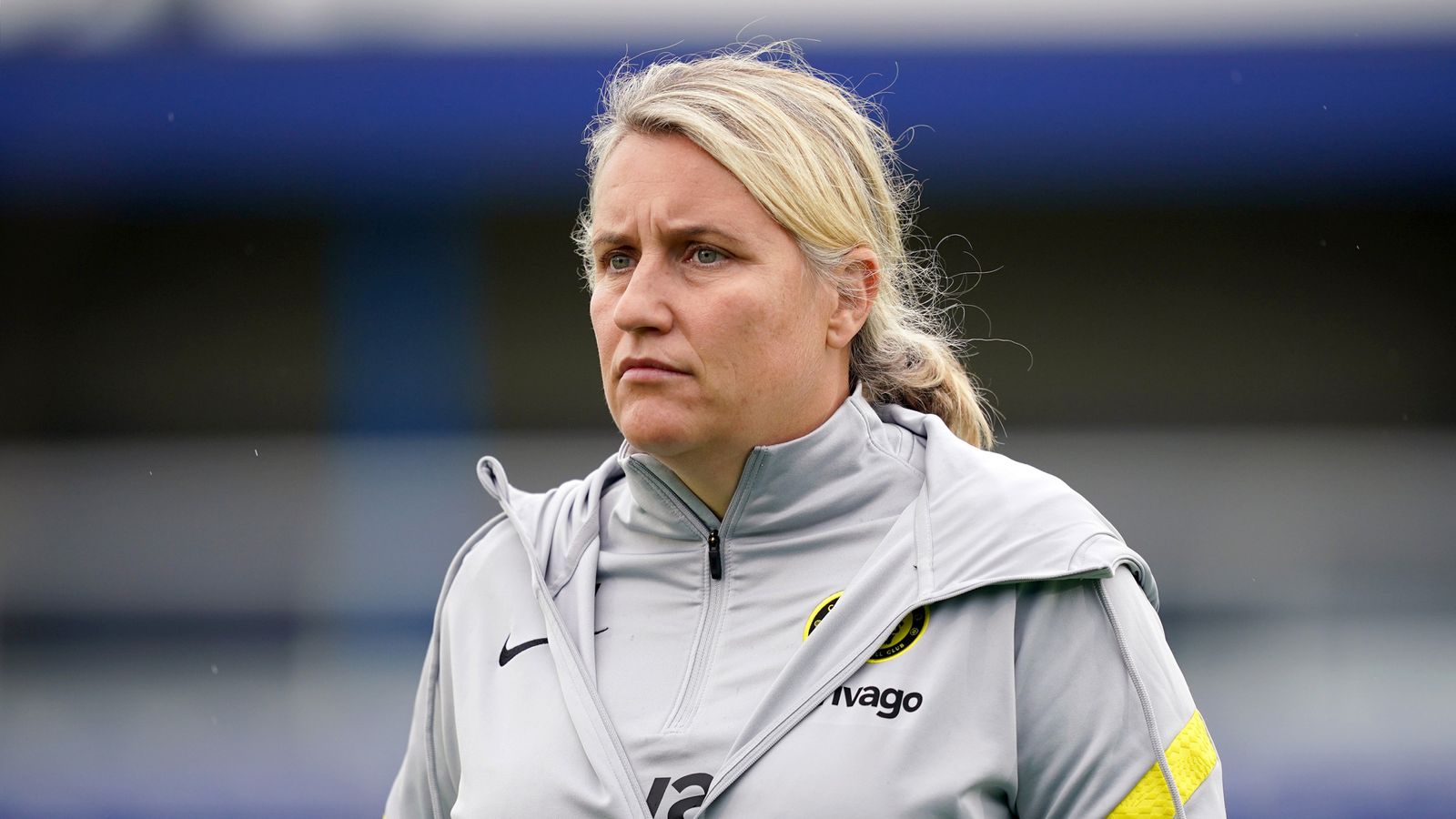 Chelsea boss Emma Hayes wants Sunday's FA Cup final to be a celebration of women's football but feels the scheduling of the match could have been better.

The Wembley clash between Chelsea and Arsenal is the conclusion of the 2020-21 competition that was delayed because of the coronavirus pandemic, with the quarter-finals onwards being played this term.

Sunday will mark exactly 100 years since the Football Association imposed a ban on women's football that lasted half a century. The match will be the 50th edition of the final.

It comes after an international break and is followed by Chelsea hosting Juventus in the Champions League next Wednesday and then playing Reading away in the Women's Super League three days later.

Hayes said: "I understand the FA want to fit it on an important weekend. I totally get it.

"But, getting back to our welfare, we've got three games in six days, on the back of them coming back from an international break. I think you could have done that better.

"But it's here. I don't want the focus to be on that. It needs to be on what the women's game is about. We need to promote it, celebrate it and acknowledge everyone around it, past and present."

Forward Sam Kerr has been in Australia, playing twice against the United States.

Hayes said: "She can't train, we have to get her fresh. But Sam is a top professional and we have sleep plans, recovery plans for these players, and Sam will follow that.

"I spoke with her and she said she feels much better than she did last time she returned. She'll give what her best can be, because these players are used to doing that, even if it's not best for them. It's Sam Kerr, she'll be fit and ready to go come Sunday."

Image: Chelsea lost 3-2 against Arsenal in the opening game of the Women's Super League season

Hayes also said Pernille Harder and Aniek Nouwen are fit to be involved.

Hayes' reining WSL champions face an Arsenal outfit who currently, under new boss Jonas Eidevall, lie two points ahead of them at the top of the table.

Chelsea, who will complete a treble with victory on Sunday, having also won the League Cup last term, were beaten 3-2 by the Gunners in their opening WSL fixture this season.

Hayes said: "I just think that game's so long ago. I look at the evolution of our team and we've got better in every area, not because we were poor, because it was the first game of the season, we'd been together less than eight sessions."

Hayes, who previously guided Chelsea to FA Cup glory in 2015 and then in 2018 with victory over Arsenal, said having the final on a "poignant" date must serve "as a reminder this game won't be banned again and is only going to grow and get better".

She was asked what she hoped to see from the competition 10 years down the line.

"More prize money, for everyone, not (just) the winning teams," she said. "We need more money being invested so it can trickle all the way down. I don't think it's anywhere near what it should be, and it's nowhere near what the men's game is."

Hayes also emphasised the need for more work to be done to encourage girls to take up the game, saying: "If we want to invest in our game further down, we need that money, as well as, I think, continuing to provide more opportunities at grassroots level, because girls don't travel to play football like boys do. I see that in the lack of diversity in our game.

"There's scores of girls who are not going to get on trains and buses to come to Cobham, or Arsenal, or (other places). We need more inner-city funded projects and to come up with better ways to create solutions for girls and women, not just all just modelled on the boys' and men's game.

"That for me is where I feel for us to go another step further in our game, we have to get it right. We have to have more diversity in our game."