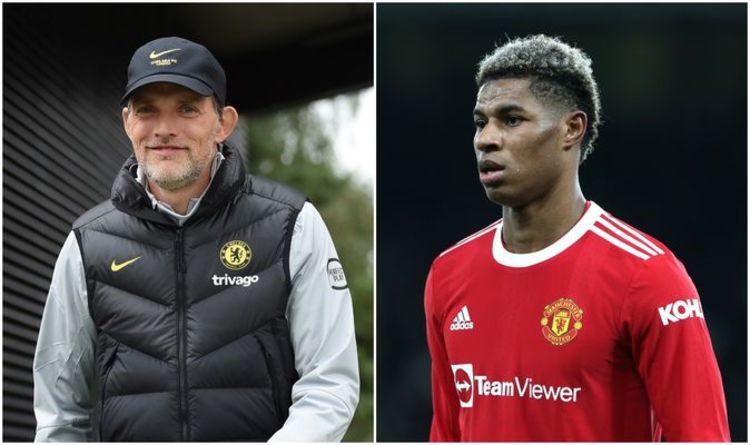 Chelsea boss Thomas Tuchel reportedly has a private belief about Marcus Rashford’s position that could inspire his mentor, Ralf Rangnick, to change the Manchester United star’s position. Rangnick will put across his philosophy in the coming days after agreeing to become the Red Devils’ head coach on an interim basis.

The 63-year-old was in the stands to watch United’s thrilling 3-2 victory over Arsenal on Thursday.

They twice took the lead after coming from behind at Old Trafford in an enthralling clash, which turned out to be caretaker boss Michael Carrick’s last game in charge.

Rangnick met the media for the first time on Friday ahead of Sunday’s Premier League fixture against Crystal Palace. United host the Eagles at Old Trafford.

That means Rangnick will only have a few days to get across his ideas. The German is known to prefer an energetic, high-pressing style that may take a few weeks to come to fruition.

But he could take inspiration from a belief held by one of his proteges, Chelsea boss Tuchel. Rangnick’s countryman is a big admirer of the former RB Leipzig coach’s ideas.

Tuchel is understood to privately question why Red Devils forward Rashford is rarely used as a centre-forward, according to the Independent’s Reading The Game newsletter.

Rashford, who missed the start of the season due to shoulder surgery, is often used in a wide role.

He mostly featured on the left under both Ole Gunnar Solskjaer and his predecessor Jose Mourinho.

However, Tuchel has apparently told people close to him, in great detail, that he thinks the 24-year-old would seamlessly fit into a more central role.

Rashford initially burst onto the scene in the centre under Louis van Gaal. Aged 18, he scored twice on both his Europa League and Premier League debuts.

Frank Lampard was dismissed on January 26 and the Blues apparently approached Rangnick about taking the role.

“When Chelsea contacted me, they only spoke about the option to become interim manager for four months, without any perspective to work in the long term together,” Rangnick said in his first press conference as interim head coach.

“Here now, we are talking about six-and-a-half months, so we only have one third of the games played in the Premier League.

“As you all know, we have also agreed upon a two-year advisory role as well, after those six-and-a-half months, in the end, when a club like Manchester United contact you, you can't possibly turn it down."