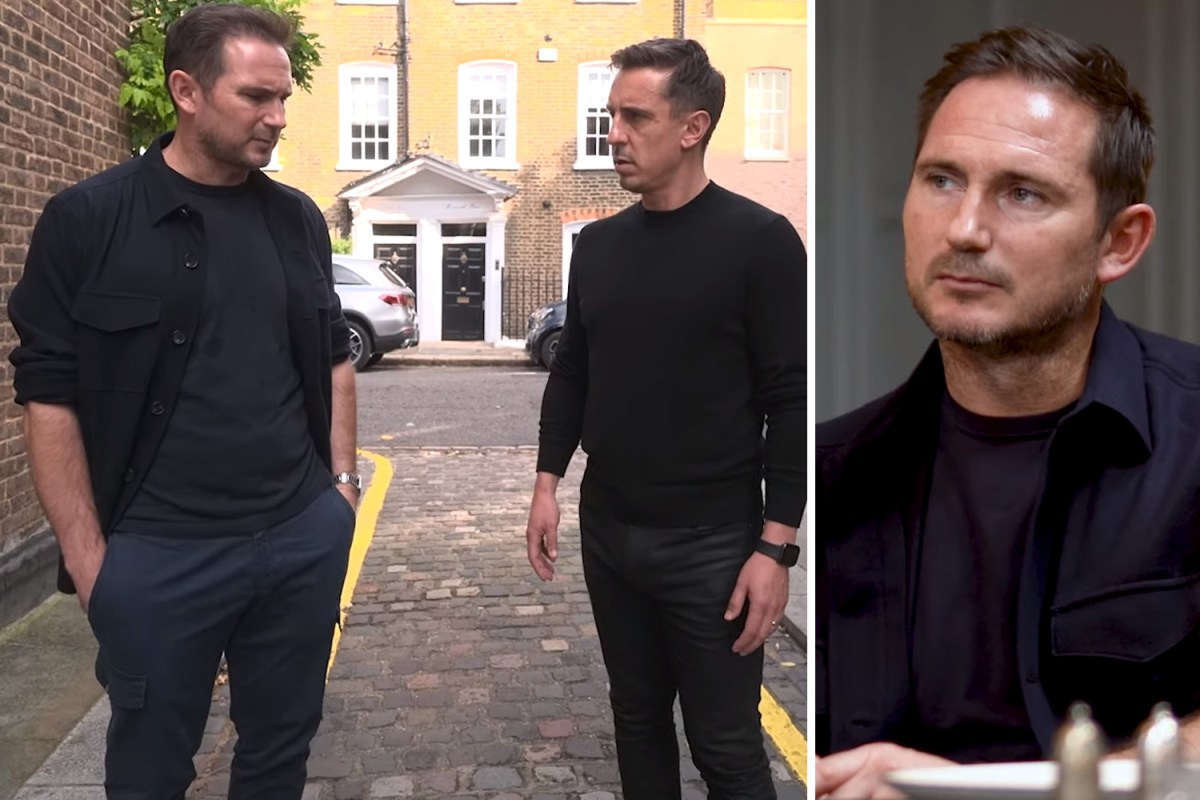 FRANK LAMPARD has revealed he found it difficult to cheer Chelsea on in the Champions League final because the pain of being dumped was still so raw.

The Blues secured their second European title just four months after Lampard was sacked and replaced by Thomas Tuchel in January.

Chelsea legend Frank Lampard has revealed it was difficult to watch his former side win the Champions LeagueCredit: Reuters

And in a revealing interview with former England team-mate Gary Neville, the former Blues boss admits to conflicted feelings over whether he should be proud or not of the part he played helping the London club to success.

Lampard, 43, told The Overlap: “I found it tough watching that game. Anyone who works in the game knows that, you're not sitting there with your Chelsea shirt on, it's different.

“You watch the Champions League final and on a football level I can get excited. I can sort of say ‘a part of that is me.’

“Mason Mount played brilliantly in the final, Reece James - the goal goes from [Edouard] Mendy to [Ben] Chilwell to Mount to [Kai] Havertz and I'm going 'that's a bit of me there'.

“But the other side of me goes ‘I'm not taking any ownership over that.'

“I got quite a few messages saying that's your team and I'm like 'no it's not.'”

Lampard added: “Fair play to Tuchel and the club for taking them that way, I will never take ownership of that.

“But then when I got over that feeling, I felt a sense of it has been my club for a long time and always will be and I should be happy with that in a way.

“Once I got over that kind of funny feeling of watching the game... it took me a while because the first few times I'd say to Christina 'oh f***ing people stop texting' because it's not my team, and all that stuff.

“As the dust settles, I can take some happiness from players like Mason, Reece and Tammy [Abraham] and some of the older players.

“Thiago Silva silver sent me a beautiful message after the game saying thanks for bringing me to the club and this happened.

“So when it settles, you can absolutely look at that with a much more positive eye than the football sense I can sometimes take.”