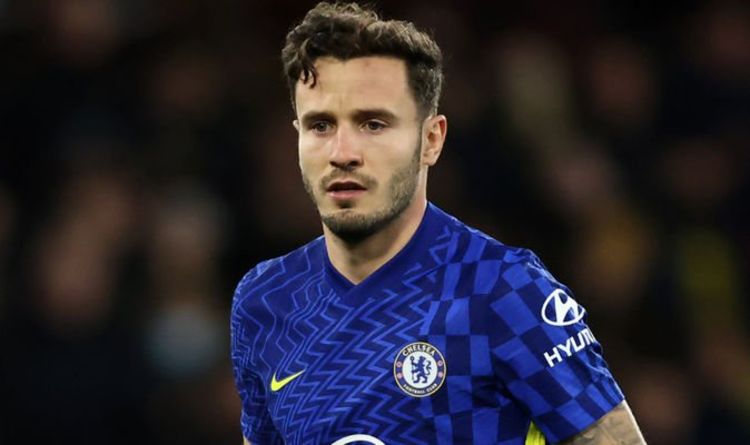 Chelsea midfielder Saul Niguez has endured a torrid time since moving to Stamford Bridge on loan from Atletico Madrid in August. The 27-year-old was hauled off just 45 minutes into his debut against Aston Villa and suffered the same fate on Wednesday night against Watford.

Saul arrived in west London to an excited welcome after he had racked up 340 appearances for Atletico Madrid.

The player was tipped for big things in England, but he has looked completely out of his depth. And Saul can already be considered as one of Chelsea’s worst-ever signings.

The Blues have wasted mega-money over the years on a string of flops and Express Sport takes a look at the club’s five worst signings.

It might be unfair to put Saul in the top five at this early stage of his Chelsea career – but the midfielder just doesn’t look like a Premier League player right now.

He was found wanting against Watford and was embarrassingly replaced by Thiago Silva at the interval.

It speaks volumes of Saul’s impact in west London that he has only played 131 minutes of Premier League and Champions League football since he arrived three months ago.

The good news for Chelsea is that they have only signed Saul on loan and the players will almost certainly be sent packing back to Spain at the end of the season, if not before.

Saul Niguez has been a failure for Chelsea so far (Image: GETTY)

Chelsea shelled out a then-club record £60m to sign Alvaro Morata from Real Madrid in 2017. But the striker was a huge flop in England and became a liability in front of goal.

Morata lasted just 18 months at Stamford Bridge, despite originally signing a five-year deal, before being sent to Atletico Madrid on loan.

Atletico made the deal permanent last year before they shipped him off on loan to Juventus at the start of last season.

The good news for Chelsea is that they recouped almost all of the money they had paid for the player in the first place when they sold him.

Chelsea signed Danny Drinkwater from Leicester City for £35m in 2017. Like Morata, it was Antonio Conte who took the midfielder to Stamford Bridge after being impressed by what Drinkwater had done at the King Power Stadium.

Alvaro Morata proved to be a huge flop at Chelsea (Image: GETTY)

Kepa became the most expensive goalkeeper in the history of football when he joined the Blues - and he proved to be a huge flop.

The 27-year-old spent two seasons as Chelsea’s first-choice stopper but made a series of blunders and was clearly not up to task of starring for one of the best teams in the world.

Kepa was put out of his misery when Chelsea signed Edouard Mendy last season and the Spain doesn’t look likely to ever reclaim his place in the Blues goal.