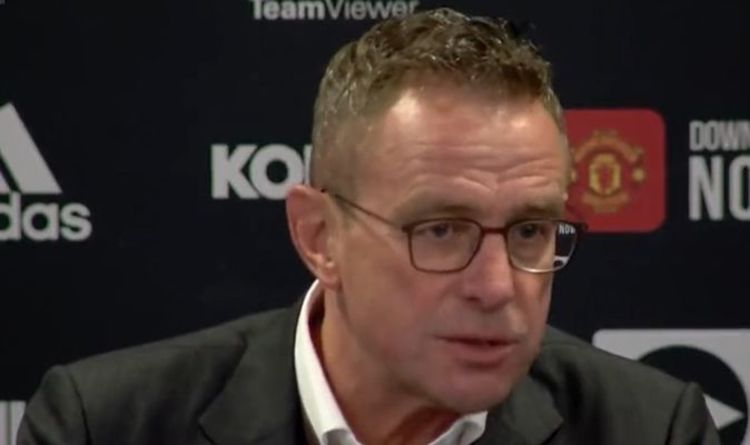 New Manchester United interim manager Ralf Rangnick has opened up on his failed negotiations with Chelsea earlier this year - revealing he knocked the Blues back due to the short-term nature of the role.

Rangnick was appointed as Ole Gunnar Solskjaer's semi-permanent successor on a six-month deal until the end of the current Premier League season. He'll then move into a new advisory role for two years and is likely to have a big say in whoever is appointed as United's next permanent manager.

Although United were able to entice him to England, he revealed that Chelsea made a move to bring him to Stamford Bridge after they dismissed Frank Lampard earlier this year.

"At the time, when Chelsea contacted me, they only spoke about the possibility of four months and no prospective of further than that," shared Rangnick during his first press conference as United boss.

"Here, we are talking about six and a half months and a two year advisory role. If a club like Manchester United contacts you, you cannot possibly turn it down."

Chelsea went on to approach former Paris Saint-Germain boss Thomas Tuchel after being knocked back by Rangnick and it's unlikely that they'll have too many regrets given how well Tuchel has performed in the in west London.

Rangnick's compatriot has been a huge success at Stamford Bridge and helped steer the Blues to Champions League glory back in May.