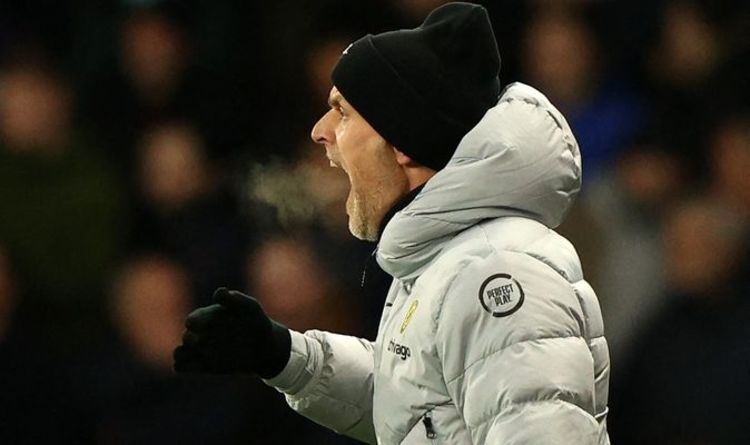 Thomas Tuchel’s 1000-yard glare proceeding Mason Mount’s goal in Chelsea’s 2-1 away victory against Watford told you everything you needed to know about his side's performance. The England midfielder enacted a devastating counterstrike against the Hornets who had forced the reigning Champions League holders to man the barricades in front of their goal. The win also proved to Tuchel that his next priority in the transfer window has to be to reinforce his wing-back options.

But this sweet moment of irony did little to please a possibly still seething Tuchel. He wrung the changes against the Hornets by introducing Andreas Christensen, Cesar Azpilicueta, Mount, Christian Pulisic, Kai Havertz, and the struggling Saul Niguez.

Saul, almost mercifully, was hooked off at half-time after he was bullied my Moussa Sissoko and Tom Cleverly for 45 minutes. By the end of the match, Mount was protecting the back four from defensive midfield, Havertz was only just in front of him, and Pulisic finished the contest at right-wing-back.

Tuchel deployed a team bursting with attacking dynamism and guile yet his side looked like they were attacking against the an overly fast treadmill. As Chelsea, slowly and awkwardly, tried to progress up the pitch, the Hornets buzzed around them and forced the ball back to Edouard Mendy.

Claudio Ranieri’s side threw caution to the wind against the Blues with a press as powerful and fast as any Storm Arwen itself. Perhaps the former Chelsea manager sensed a weakness in the side who were missing two hurricanes in Reece James and Ben Chilwell.

James was an injury doubt just 24 hours previously, and was therefore not missed; while Chilwell will be absent for at least six weeks – there is every possibility he will miss the rest of the season, if his Anterior Cruciate Ligament injury is as bad as the Blues are fearing.

Azpilicueta, the tenacious veteran he is, charged up and down the wing like Zlatan Ibrahimovic had pushed him up the pitch, while Alonso’s excellent first touch created the angle for him to cut-back to Havertz, who then fed Mount for the opener.

However, they do not carry anywhere near the same level of thrust, penetration, and quite frankly, terror as James and Chilwell. They spectacularly quenched Chelsea’s goalscoring thirst during Romelu Lukaku and Timo Werner’s injury absence.

Tuchel could maybe turn to a past transfer target to solve solidify the Blues' right side (Image: Photo by David Rogers/Getty Images)