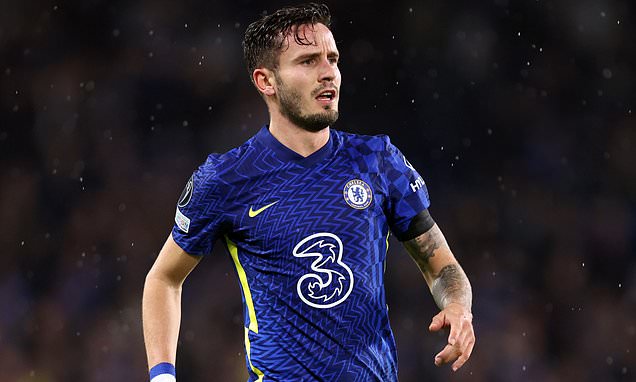 Saul Niguez remains determined to revive his Chelsea loan spell after another setback at Watford.

Midfielder Saul came off at half-time in Chelsea's 2-1 win. Both his Premier League starts have now ended with him being taken off at the interval.

Saul's latest withdrawal - which head coach Thomas Tuchel explained was influenced by a first-half yellow card - was a continuation of his difficult loan from Atletico Madrid in which he has struggled for game time.

But Saul knows the onus is on him to make his season-long stint work particularly with no exit route in January.


He has already played for the maximum two clubs in one season having featured for Atletico before joining Chelsea.

Atletico also cannot afford to take him back next month as Saul's departure gave them room for manoeuvre with their wage bill to loan Antoine Griezmann in his place.

Saul's loan deal included a £30m option to buy but Atletico sources expect him to return next summer.

On just his second Premier League start at Watford, Saul (17) was substituted again at half-time

With injury issues in midfield and a busy spell coming up Saul is hopeful of further opportunities to try and prove his worth.

Chelsea travel to West Ham on Saturday with additional concerns over Reece James, who missed the Watford game with an ankle injury, and Trevoh Chalobah, who came off with a suspected hamstring injury.

Meanwhile, the date for Chelsea's Club World Cup semi-final and potential final have been confirmed.

As Champions League winners they will enter the competition in the last four, facing Al Hilal, Al Jazira or Auckland City on February 9 with the final three days later.

The competition in Abu Dhabi starts with the first round on February 3.

Chelsea will have to rearrange Premier League games against Brighton and Arsenal but their later involvement has reduced the chances that they may also have to reschedule a potential FA Cup fourth round tie.

The fourth round ties will take place on the weekend of Saturday February 5th.

Should they reach that stage there could be sufficient time between a cup tie and the start of their Club World Cup campaign though Chelsea are still awaiting details of the logistics for the tournament, including when they will be required to arrive ahead of the competition.