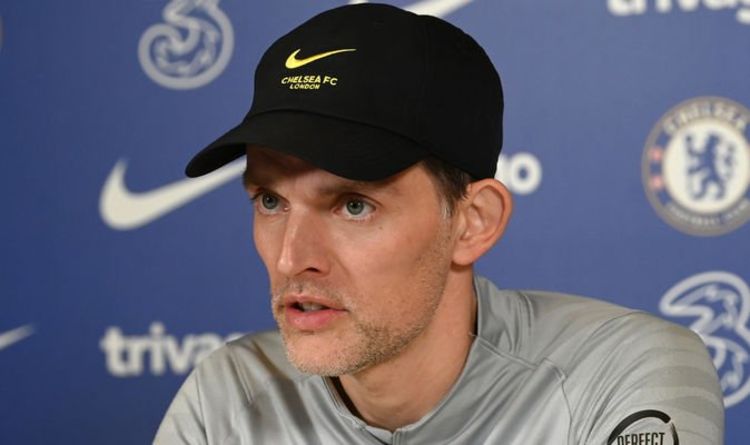 Chelsea's superb start to the current season has given fans plenty of reason to be happy as the Blues look to claim their first title for five seasons. And ex-player Pat Nevin has given manager Thomas Tuchel two demands if they are to keep their position at the summit of the league.

Having endured a poor start to life in the Premier League under Frank Lampard last season, the club languished in eighth upon Tuchel's arrival.

Tuchel's focus will now be on the Premier League title - and Nevin has given the ex-Borussia Dortmund man two pointers if the club are to claim the crown.

"We will not change the attitude tomorrow or for any of the nine, yes nine games in December," Nevin told Chelsea's official website.

Thomas Tuchel's men are well and truly in the title race (Image: GETTY)

"With that many games in such a short period of time there will need to be some heavy rotation, but just as importantly, we have to dominate possession.

"You can rest when you have the ball, you cannot when you are chasing it.

"Do that and we could come out of this month the way we enter it, top of the league and still in every competition.

"We are anything but clones of Man City, I happen to think we have a quicker more dynamic style, but we share that bravery on the ball and I hope we never lose it, even when there is the odd goal lost."

Chelsea currently sit top of the Premier League by a point, alongside their Champions League group after beating Juventus 4-0 last week.

Tuchel is looking to bring the domestic title to Stamford Bridge for the first time since 2016-17 when the club convincingly ruled the roost (just to avoid saying title twice in same sentence) under Antonio Conte.

And with the west London outfit still in the Carabao Cup and yet to even embark on their forthcoming FA Cup campaign, there is still an unprecedented quadruple on the cards.

Chelsea's last double came in 2014-15 when they won the league and League Cup double.

Yet with the club yet to complete a treble, there may be no better time to do so given how strong Tuchel's team look this year.

The Blues take on Watford on Wednesday evening in a bid to stay at the top of the league.

Yet with Watford having enjoyed a giant-killing against Manchester United earlier this month, Chelsea will have to be wary of the hosts' threat at Vicarage Road.