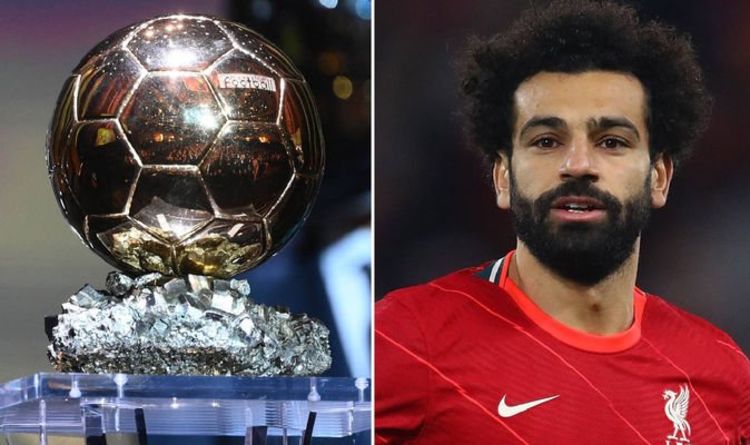 Lionel Messi took all the plaudits in the Ballon d'Or ceremony on Monday night to claim a record seventh title following his exploits for Argentina over the summer, yet there was one surprise ranking that had a number of Liverpool fans and ex-players livid, with Mohamed Salah coming seventh. And former Liverpool star Jose Enrique took to social media to berate the decision.

Salah enjoyed a successful year on Merseyside, almost single-handedly dragging Liverpool to the Champions League spots after a year of uncertainty following an injury crisis at Anfield.

Having scored 22 goals in the Premier League last season - just one less than Harry Kane - Salah further backed up his reputation as one of the most prolific scorers on the planet.

And the Egyptian has continued where he left off last season with 17 goals in 18 games in all competitions for the Reds.

His form led to him becoming a nominee for the Ballon d'Or award, where he was expected to challenge Lionel Messi and Robert Lewandowski to take home the gong.

Mohamed Salah was hard done by in the Ballon d'Or awards (Image: GETTY)

Yet after finishing in seventh place, behind the duo, Chelsea stars Jorginho and N'Golo Kante, Karim Benzema and Manchester United star Cristiano Ronaldo, Enrique was one of many to claim Salah deserved more.

"He should be at least in the top 3. Can't be jorginho or kante before him even if the (sic) are great players but come on.

"And even Benzema is a great player as well but before Salah..."

Mohamed Salah earned just a fraction of the votes Messi did (Image: GETTY)

The Reds are looking to reclaim the title from City, having won their first ever title in the Premier League era in 2019-20.

They face cross-city rivals Everton next on Wednesday evening, with the Blues in turmoil at present.

And Liverpool could inflict more pain on their rivals, who haven't beaten them at Goodison Park for over 10 years.