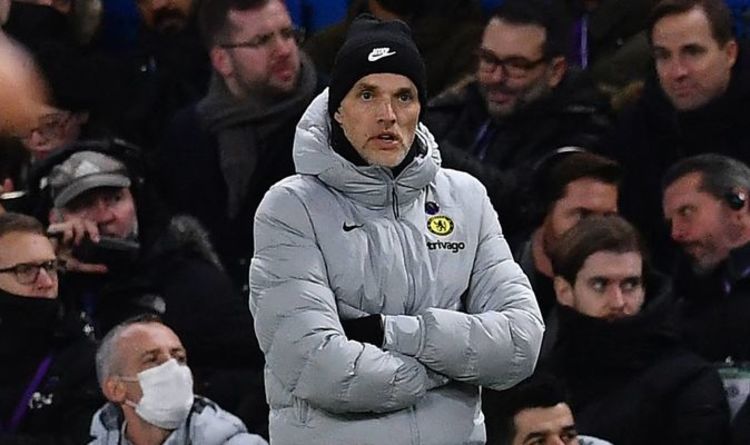 Chelsea may be flying high at the top of the Premier League, but they have a potential defensive crisis on their hands in the near future. Thomas Tuchel’s success at Stamford Bridge has been built on a rock-solid back line, yet the club’s contractual situation is providing a headache they need to fix.

Chelsea have conceded just five goals in 13 Premier League games this season, but many of the architects of that record could leave the club in 2022.

As things stand Antonio Rudiger, Andreas Christensen, Thiago Silva and Cesar Azpilicueta are all out of contract in the summer – and that should be a worry for the club.

While renewals could be announced soon, Chelsea should be looking to the January transfer window for solutions.

Rudiger is stalling on a new deal, Silva is 37 years old and Azpilicueta may want a new challenge, given he is currently being kept out of the starting line-up.

The news that Juventus defender Matthijs de Ligt will not be available in January, which has come via Fabrizio Romano on his Here We Go Podcast, means they will have to look elsewhere.

De Ligt is valued at £63million by Transfermarkt and if Chelsea were willing to pay that price, it does at least mean they have funds available for others.

Skriniar is a player who has been repeatedly linked with a Premier League move – and that could finally come true in January.

The 26-year-old is under contract with Inter until June 2023, but the Italian side have reportedly been working hard to tie him down to a new deal.

That new contract is yet to become a reality yet, though, amid rumours of interest from Tottenham and others.

Skriniar has missed just one Serie A game for Inter this season and is useful at the other end of the pitch, having scored three times in the league and Champions League.

Sule is out of contract with Bayern in the summer, so would be able to discuss a free transfer with Chelsea in January.

The 26-year-old has previously been linked with a move to Stamford Bridge, while rumours of newly-rich Newcastle’s interest has emerged too.

Bild reported recently that Bayern are hopeful of extending the towering centre-back’s deal and he has been a regular in the side this season.

Given Bayern’s interest in Rudiger, a swap deal could potentially be on the cards.

Gimenez is yet another player who has previously been linked with Chelsea. Those rumours partly stemmed from an interview the Uruguayan gave last year.

“I would have liked to play with [Frank] Lampard,” he said. “I always used to watch Chelsea as a kid, loved them.”

Gimenez is under contract with Atletico Madrid until June 2025 and the Spanish club do have a reputation for driving a hard bargain, meaning he would not come cheap.

But aged 26 and with a wealth of experience behind him for club and country, he would be a good signing.

Gimenez would cost a lot from Atletico Madrid (Image: GETTY)

Ginter is out of contract in July and has been in the gossip columns recently, with Inter Milan and Barcelona said to be keeping an eye on him.

The 27-year-old German has 46 caps for his country and could represent a bargain deal in the January transfer window.

Ginter played under Tuchel at Borussia Dortmund for two years so the two will know all about each other.