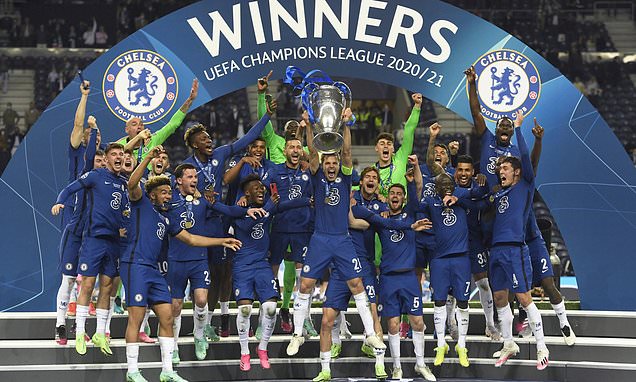 Chelsea will face Al Hilal, Al Jazira or Auckland City in their Club World Cup semi-final in February after the draw for the tournament was made on Monday afternoon.

The Blues will travel to the United Arab Emirates for the FIFA tournament between February 3 and 12, having won the Champions League back in May. This means Chelsea will have to rearrange two Premier League games and potentially one FA Cup tie.

The timing of the tournament means Chelsea will see their trip to Brighton on February 8 and their home clash against Arsenal on February 12 rearranged, plus a FA Cup fourth round fixture on February 5 should they make it that far.

It will mean the current Premier League leaders may go a month without playing top-flight football between January 23 and February 19 - which could affect their title battle with Liverpool and Manchester City.


Thomas Tuchel's side will join the tournament at the semi-final stage along with Brazilian side Palmeiras, who won the Copa Libertadores. They will take on either the winner of host nation Al Jazira versus Auckland City, or Saudi Arabian side Al Hilal in the last four.

The European champions have won the Club World Cup on each of the last eight editions of the tournament, with Bayern Munich lifting the title in Qatar last February.

Liverpool were the last English team to win the Club World Cup in 2019, back when the tournament was held in the middle of December.

Jurgen Klopp's side rearranged just one league fixture against West Ham to take part but could not move their Carabao Cup quarter-final clash away to Aston Villa for the competition which took place in Qatar..

That meant Liverpool's first-team played twice in the space of 24 hours, with a group of youngsters turning out against Villa for the cup clash, before the first-team played in the Club World Cup half way across the world.

The cup team were thrashed 5-0 by a full-strength Aston Villa side, before Liverpool went on to win the Club World Cup in the Middle East.

Manchester United are the only other English club to win the tournament back in 2008, while Chelsea reached the final of the tournament in 2012 but lost 1-0 to Corinthians in the Japan final.

Liverpool also lost a final to Brazilian opposition in the form of Sao Paulo back in 2005.