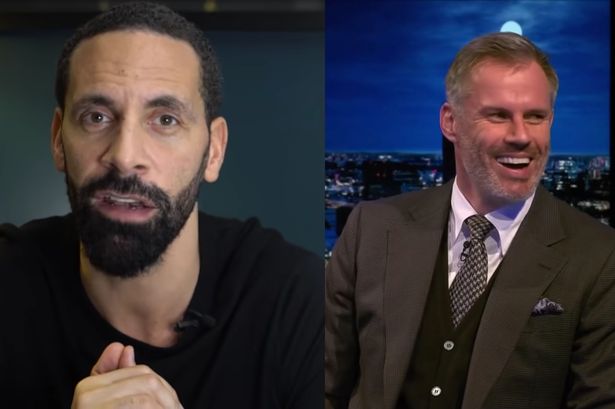 Earlier today, former Man Utd defender Ferdinand aimed a savage dig at Carragher for talking about winning Premier League titles when he never managed it once in his career with Liverpool.

This followed on from Carragher and Roy Keane getting into a heated disagreement during Sky Sports’ coverage of United’s game away to Chelsea at the weekend.

Carragher has now hit back at Ferdinand on Twitter, and threw in an interesting detail about his former England team-mate wanting to leave Old Trafford for a move to Chelsea once the titles dried up…

Not talking titles but the deal for Ronaldo to Man Utd which you arranged ?? No PL for me but Sky like my opinions! No ? in your career without AF & when you stopped winning PL at MU you tried to move to Chelsea so please stop giving it the big MU fan one! #olesatthewheel https://t.co/oiCJmJXd61

This is slightly puzzling as Ferdinand only spent one more season at United after Sir Alex Ferguson retired, and then moved to Queens Park Rangers before retiring not long after that.

It’s hard to imagine it was ever particularly likely that Chelsea would sign Ferdinand at that stage of his career, though he once told Eddie Hearn that he turned down the Blues in favour of joining Leeds earlier in his career.