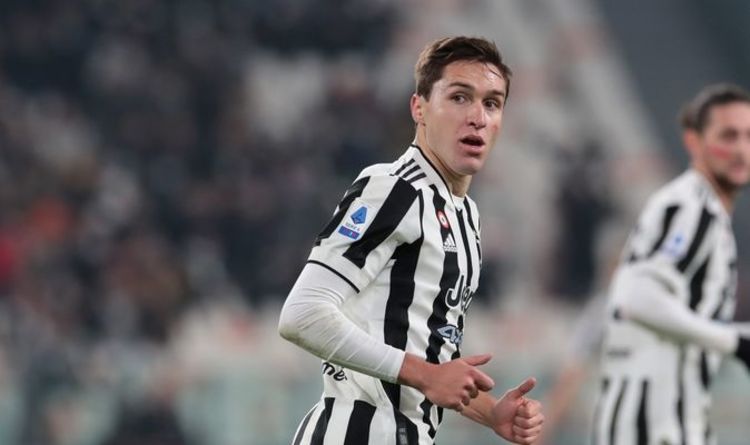 Chelsea transfer target Federico Chiesa appears to have dropped a hint over his future after following the Blues and a host of players on his Instagram account.

The Juventus winger, who played a pivotal role in Italy's Euro 2020 triumph, has been linked with Thomas Tuchel's side on numerous occasions over the past few months.

It's been reported that the Blues are plotting an £83million swoop for the 24-year-old - who netted the winner against them back in September's Champions League clash.

And Chiesa has fuelled talk of a move with his social media activity.

JUST IN: Man Utd set money aside for Rodgers appointment

Federico Chiesa could be on the move to Chelsea (Image: GETTY)

Blues owner Roman Abramovich has already sanctioned a big-money raid on Serie A this year in the form of a club-record £97.5m deal for Romelu Lukaku.

And if Chiesa's activity is anything to go by, it seems as though Abramovich could be set to open his chequebook again to prise the attacker away from Italy next summer.

Although Chiesa is currently on Juve's books, he is technically still a Fiorentina player.

Chelsea have already spent big on Romelu Lukaku this year (Image: EXPRESS)Thomas Tuchel is an admirer of Chiesa (Image: GETTY)