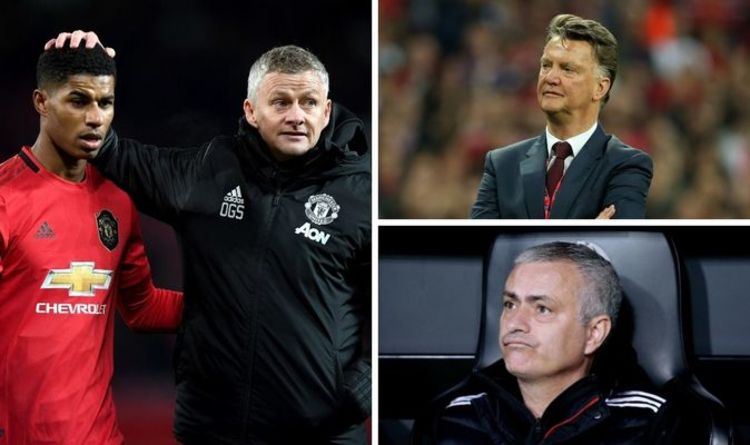 Marcus Rashford has opened up about Ole Gunnar Solskjaer's Manchester United departure and compared it to Louis van Gaal and Jose Mourinho's. United sacked Solskjaer last Sunday after three years in charge, during which Rashford was a stand-out name on and off the pitch.

Solskjaer left United in midtable in the Premier League and failed to win a trophy during his tenure, but he left just as he arrived - a legend among many fans and players.

Rashford largely thrived under his watch, scoring more Premier League goals than any other player since he took charge in December 2018.

And he did what he could to help Solskjaer achieve results after returning from injury this season, scoring three goals in four starts in all competitions.

But it ultimately wasn't enough to save the 48-year-old from a dismissal, which Rashford addressed in the build-up to United's first league game since against Chelsea on Sunday.

The number 10 has explained what went down on the day of Solskjaer's departure and how the Norwegian club icon conducted himself.

He told Sky Sports: "[He spoke to us] individually, around breakfast time, then we had a meeting before we went out to train, which was very different.

Rashford also threw shade towards previous bosses Louis van Gaal and Jose Mourinho as he explained how Solskjaer's exit differed for the better.

"I've been here when managers have left, and they just pack their stuff and go out the door. But it just shows how good a person he is, how much the club means to him," he added.